The impact that ‘Black Friday’ has had on the poker world is still being felt. Friday saw the online poker industry shaken to it’s core with PokerStars, Full Tilt Poker, UB and Absolute Poker all… 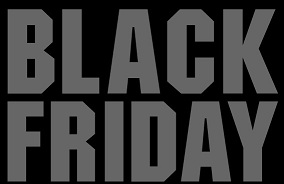 The impact that ‘Black Friday‘ has had on the poker world is still being felt. Friday saw the online poker industry shaken to it’s core with PokerStars, Full Tilt Poker, UB and Absolute Poker all having their domains seized and subsequently PokerStars and Full Tilt Poker have announced they are no longer open to US players, while UB and Absolute Poker are still allowing players with an existing balance to play (though they are unable to deposit or withdraw). In this article we take a look at recent events since that fateful day on Friday.

On Monday Bradley Franzen gave himself up to the F.B.I and appeared in a Manhattan court. He was one of the eleven people named on Friday charged with bank fraud, money laundering, and illegal gambling but in the court room he stated, ‘Not guilty, your honor.’ The indictment released alledges that he ‘worked with internet gambling companies… to identify poker processors willing to process payments for the poker companies, including through deceptive means.’ Franzen has been released on a $200,000 bond secured by his parents house and their signature.

As if the blow of being unable to play on PokerStars and Full Tilt wasn’t enough for poker players from the US, their favourite poker television programmes have now been pulled from FOX. Both the ‘PokerStars Big Game’ and ‘PokerStars Million Dollar Challenge’ have been pulled from airing in what is being rumoured to have been a ‘mutual decision’. There could be hope your fans however. Scott Huff who was set to be one of the announcers for the Big Game series has stated, ‘Indeed the show will not air on FOX. My point earlier – no decisions have been made about int’l or web. So stay tuned. Thanks all’. As usual we will have the latest on any news regarding this.

We also wrote an article about how ‘Black Friday’ affected the poker sites’ Sunday’s tournament-wise. It is an interesting read and you will see that some tournament’s guarantees were reduced by as much as 1/4! Stay tuned to PokerNewsReport.com for the latest Black Friday developments!