California’s online poker bill is currently being amended by its sponsors in preparation of a possible hearing. 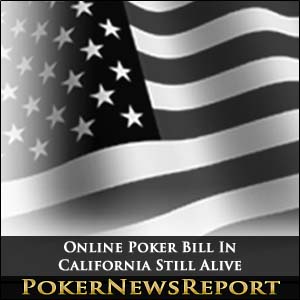 Despite California’s online poker bill being pulled from the agenda before being voted on by a Senate committee roughly two weeks ago, the measure is currently being amended by its sponsors in preparation of a possible hearing on the issue prior to a legislative summer recess set for July 6.

The bill’s sponsors, Senators Roderick Wright and Darrell Steinberg, are meeting with the state’s gambling interest groups this week to hear their concerns and work on amending SB1463 in an effort to appease all the parties involved. A difficult task to accomplish considering that tribal casinos, cardrooms and horse racing interests all want a piece of the revenue that online poker legislation would bring to the Golden State.

The problem is that not all stakeholders want the same thing, each group is self-interested, said Harsh Parikh, a gaming attorney with Snell & Wilmer, LLP, in Costa Mesa, who is monitoring the bill for some national and international gaming companies and financial stakeholders. Some tribes believe they have exclusive right to online gaming. Most scholars and lawyers on the topic disagree.

One of the issues being discussed is the insistence by tribes and cardrooms that horse racing interests be excluded from any online poker regulations. The racetracks have no experience in the realm of poker and should not be afforded the opportunity to enter into something they know nothing about, tribes argue. This is expected not to sit well with Sen. Wright, whose legislative district is home to the state’s largest racetrack.

Some of the Golden State’s tribal casinos are still not convinced that online poker will be the financial bonanza that many seem to believe. They are concerned that online gambling will decrease their profits in live casino action. The bill’s sponsors have commissioned studies on the topic to prove that online gambling does not put a drag on the gains enjoyed by brick and mortar gambling.

Another sticking point is that although horse owners and breeders as well as tribes and cardrooms have formed partnerships, they have been tardy in doing so and are attempting to prolong the bill until such a time that they are fully prepared.

California’s legislative session ends August 31. The bill’s sponsors are working diligently to please all the players involved, but will work slowly to accomplish that goal. Once all the state’s gaming interests are satisfied, Parikh believes that Wright and Steinberg will have no problem in expediently moving this bill through both chambers in a small amount of time.