Two online gambling bills have recently been introduced by federal lawmakers with a third currently in the works courtesy of an online poker player. 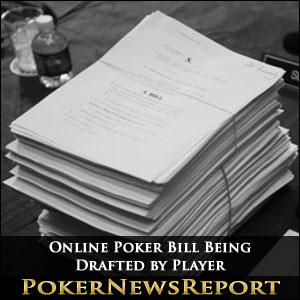 Two online gambling bills have recently been introduced by federal lawmakers with a third currently in the works courtesy of an online poker player.

In a 2 + 2 thread that began a little over a week ago, a player who posts at the popular online poker forum as “PokerXanadu” has revealed that he is working on an Internet Wagering Citizens Protection Act. Admitting that his proposal may never be given a reading or consideration by the powers that be in Congress, PokerXanadu calls his endeavor “an interesting exercise” that perhaps will “go somewhere sometime.”

While recent attempts at federal online poker legislation haven fallen short, why not give a player the opportunity to have a go at having some input in the process of drafting federal regulations? It certainly couldn’t hurt considering that lawmakers can’t seem to agree on any proposals introduced by their colleagues.

Copies of the latest draft are available to fellow players and whoever else may be interested in taking a look (hopefully, federal legislators) at the 2 + 2 forum. The author welcomes feedback from fellow forum posters and has received some valuable input from other players in the 10 days that have passed since revealing his endeavor to the poker-playing public.

The player’s proposal takes into account the many issues required of a workable federal online poker bill such as regulatory oversight, taxation, licensing, consumer protections, bad actor provisions, and measures designed to enforce compliance. Also, PokerXanadu is mindful of existing laws such as the 1961 Wire Act and the UIGEA while drafting his player’s version.

It will be interesting to see if PokerXanadu’s project will be taken seriously by legislators once the draft is finalized and presented. But who better to know and understand the best approach toward online poker legislation than a player himself?