With bills to ban Internet gambling likely to be proposed in Congress shortly, a line in the sand is being drawn by pro and anti-online gambling forces. 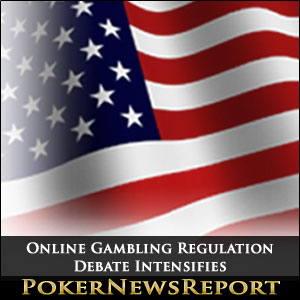 With bills to ban Internet gambling likely to be proposed in Congress shortly, a line in the sand is being drawn by pro and anti-online gambling forces.

Sheldon Adelson’s Coalition to Stop Internet Gambling continues to throw its weight around and the lawmakers who appear ready to do the billionaire’s bidding are South Carolina Senator Lindsey Graham and Utah Rep. Jason Chaffetz. The legislators are aiming to reverse the DoJ’s 2011 decision that gave new meaning to the 1961 Wire Act and propelled states to enact forms of online gambling.

The anti-Internet gambling cause gained further support from Texas Governor Rick Perry and his South Carolia counterpart, Governor Nikki Haley, who penned letters to leaders of Congress backing the online gambling ban. Not to be outdone, the Democratic Governors Association (DGA) put pen to paper and expressed opposition to the ban, urging federal lawmakers to refrain from trampling on the rights of individual states.

Should the proposal of Graham-Chaffetz find favor among legislators, about $20 billion in lottery revenue shared among 47 jurisdictions would be in jeopardy as the Internet is used for the transmission of bets, the DGA stated. Since no grandfather clause is included in the Internet Gambling Control Act of 2014, the states of Nevada, Delaware and New Jersey would see their online gambling statutes nullified after spending tremendous time and expense in establishing operations.

Tossing more fuel on the fire was Adelson again, as his coalition recently posted on Facebook that Internet gambling is floundering in the states. The post concentrates on the New Jersey and Delaware markets, and states that online gambling revenue projections are clearly missing the mark.

The entire online gambling regulation debate is heating up considerably and more fireworks are expected once Congress receives the formal introductions from Graham and Chaffetz. That may happen as early as today.