Two online gaming proposals have been introduced by Massachusetts lawmakers that would legalize Internet lottery sales and other casino games. 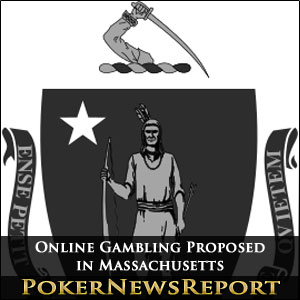 Two online gaming proposals have been introduced by Massachusetts lawmakers that would legalize Internet lottery sales and other casino games.

Sen. Bruce Tarr has proposed Senate Bill 197 that calls for the legalization of online casino games, as long as such games do not resemble slot machines or conflict with games offered by the state lottery. S 197 has been referred to the Economic Development and Emerging Technologies committee.

The second proposal, Senate Bill 101, was introduced by Sen. Jennifer Flanagan and would permit the sale of lottery tickets via the Internet. The Joint Committee on Consumer Protection and Professional Licensure will scrutinize S 101. Both bills have been introduced to allow for interstate partnerships.

Massachusetts currently has no land-based casinos, but enacted legislation in 2011 allowing three casinos and a slots parlor throughout the state. Gaming licenses for the four locations have yet to be awarded. The Massachusetts Gaming Commission has been busy conducting studies to determine if the region may become over-saturated with four such gaming establishments.

An online gambling proposal supported by Rep. Daniel Winslow was tacked on to that 2011 bill. However, lawmakers did not vote for approval of the brick and mortar gaming statute until the Internet gambling proposal was dropped from the legislation.

Massachusetts joins several other states that have recently proposed online poker and gambling legislation. Those states include New Jersey, California, Pennsylvania and Iowa. New Jersey’s bill is expected to be signed by Gov. Chris Christie within a matter of days after the proposed suggestions of his conditional veto of Feb. 7 is voted on and likely approved by the state legislature.

Nevada and Delaware are the only two states who have thus far approved Internet gambling. Nevada’s poker-only bill was recently amended to permit interstate compacts. Delaware has issued requests for bids from gaming operator vendors. Both states expect to have sites up and running sometime this year.