A proposal to legalize Internet gambling in Pennsylvania may remain in a holding pattern until the success of launches in other states can be determined. 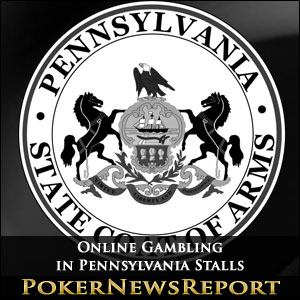 A proposal to legalize Internet gambling in Pennsylvania may remain in a holding pattern until the success of launches in other states can be determined.

Rep. Tina Davis introduced an online gaming bill roughly two months ago in hopes of keeping pace with the neighboring states of New Jersey and Delaware. Now it appears that the bill will likely not be advancing anytime before the conclusion of a two-year legislative session that expires at the close of 2014.

That development was revealed by Rep. Tina Pickett to the Cleveland Plain Dealer. Pickett leads the House Committee on Gaming Oversight and is in favor of taking a ‘wait and see’ approach with regards to online gambling. With both Delaware and New Jersey expected to follow Nevada’s lead and launch Internet gaming sites later this year, Pennsylvania may opt to first study how brick and mortar casino business is affected in New Jersey before moving forward with a plan of its own.

Pennsylvania is currently the no. 2 ranked gaming market in the U.S. behind Nevada. Davis proposed HB 1235 in an effort to retain that status, fearing that New Jersey may manage to take over the slot it occupied for many years after revenue from its soon-to-be launched online gaming regime is factored in.

The role of observer regarding the success of online gambling may be mimicked by other states in addition to Pennsylvania. It is believed that other state legislatures that have considered Internet gambling measures are also favoring a patient attitude to determine profitability and whether visits from gamblers to land-based casinos may decrease as a result of online wagering.

Many anti-gambling proponents worry that the proliferation of online gaming may make gambling much too available and accessible. They argue that gambling addiction is likely to increase sharply when people who lack control are able to place wagers at any time from the privacy of their homes with a few simple mouse clicks.

All online gambling legislation currently under consideration, as well as those already enacted, are allocating additional funds to combat the scourge of problem gambling. In fact, New Jersey Governor Chris Christie would not sign Internet gambling legislation until the state legislature amended its proposal to include greater resources to tackle the potential problem.