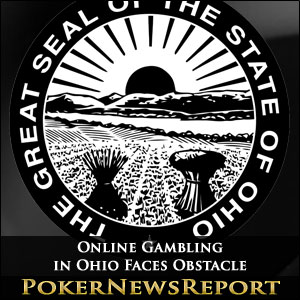 Though nothing has been proposed by legislators, it was revealed that an Ohio amended statute requires gambling in the Buckeye State be limited to four locations. This could severely hinder any online gaming initiatives and would require some legal maneuvering for residents to legally play over the Internet from their homes, the Cleveland Plain Dealer reported.

The situation is similar to New Jersey, where Governor Chris Christie often spoke of the constitutional requirement that all gambling take place in Atlantic City. Garden State attorneys believe that statute is being met by housing all of the state’s Internet servers in its online gambling scheme  in the Atlantic City casinos.

All the talk of Internet gaming in Ohio may be a bit premature, as no proposals are currently before the Ohio state legislature. But discussions may ensue sooner rather than later if the state’s projected gambling revenue doesn’t show better signs of stability.

The Ohio Casino Control Commission reported that revenue from its four casinos reached $72 million for the month of May. That total was a significant decrease from the previous month and may result in the state missing its projected gambling revenue for the year by some $350 million.

While the Horseshoe casinos in both Cleveland and Cincinnati saw increases in generated revenue, the Hollywood casinos in both Columbus and Toledo saw declines of over 5% combined from April totals. Adding to the problem is the fact that the state’s racetracks are also failing to reach the winner’s circle with regard to annual revenue projections.

Like other states, Ohio counts on revenue from land-based gambling operations to meet budget expectations. When those numbers fall off, online gambling is often mentioned as a way to possibly increase revenue. If Ohio lawmakers were to propose such an endeavor, the constitutional amendment issue would certainly have to be addressed.