According to a bwin spokesperson, who was quoted in an Egaming Review article this week, the Ongame Network is likely to be sold off as it will amount to a “surplus asset” that is “no longer needed.”… 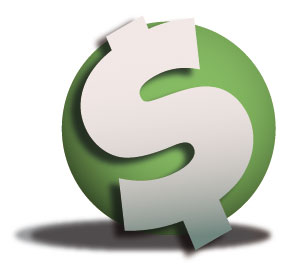 According to a bwin spokesperson, who was quoted in an Egaming Review article this week, the Ongame Network is likely to be sold off as it will amount to a surplus asset that is no longer needed. This may result in the Ongame Network being repackaged and offered to a strategic partner. It would also not be unthinkable for a partnership to be established, if there were to be any interest.

Following the announcement of the bwin and Party Gaming merger which will take place at the end of the current quarter, it was assumed by the majority of the industry that both networks would be combined and moving forward they would simply use one of company’s software platforms.

With this recent announcement from bwin, it now seems inevitable that the Ongame Network will be sold one way or another. There is a strong possibility that any potential buyer interested in the network may wait for developments in US regulation to see if online poker becomes legalized and regulated in the United States.

The bwin spokesperson also said that bwin and Party Gaming were in no hurry to offload the network because if online poker were regulated in the United States it would almost certainly increase the price they could ask of the network, and therefore maximize the value for its shareholders. The spokesperson added:

We understand that that the American gaming industry wants online poker regulated, as they want access to that revenue stream. Regulatory developments in the U.S. would raise interest in these assets. But we haven’t yet established any firm deadline and will look at all options.

Bwin purchased the Ongame network for €474 million in 2005, but after it was required to pull out from the US market in 2006 due to the UIEGA bill, the network’s value and player pool significantly dropped.

If and when the sale of the Ongame network takes place, it is still unclear what will happen to the player base of the newly established network. It’s possible that the bwin players will be transferred to the new Party Gaming/bwin network, and the rest of the players on the Ongame Network, on sites such as Befair and Euro Poker, will leave the network. This makes it appealing for the company executives to offload the Ongame network, as the liquidity will be more useful for reinvestment.