Ongame Network to Close its Doors on October 15

The Ongame Poker Network has announced that it will cease to operate from October 15 and that many of its skins will migrate players to the MPN Network. 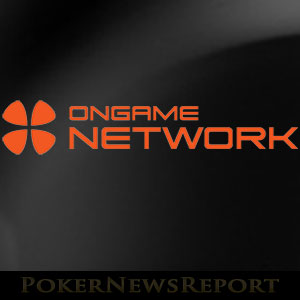 The Ongame Poker Network has announced that it will cease to operate from October 15 and that many of its skins will migrate players to the MPN Network.

Owned by the company that was eventually going to become Bwin, the Ongame Network was one of the first to provide a downloadable client for Mac and multi-lingual support. However, the network – along with many of its sites – struggled after withdrawing from the American market in 2006.

Unfortunately, the Ongame Network failed to thrive under its new owners and, in April this year, NYX Gaming sold its European-facing operation to an unknown investor. The investor has continued to see the seven-figure losses that hurt Amaya and NYX Gaming, and has decided to pull the plug.

What Happens to the Skins and the Players?

There are currently only thirteen skins on the Ongame Network. Two of the larger skins formerly on the network – Betsson Poker and Betsafe Poker – left in March to join the Microgaming Poker Network (MPN) and it looks as if many of the remaining skins will follow suit.

RedKings Poker has already completed its migration to MPN (although players can still access the Ongame Network via Instant Play until October 15), and WhiteBet Poker has told the German poker website pokerfirma.com that it too will be transferring its players to MPN. As the owners of WhiteBet Poker (Evoke Gaming) also own Redbet Poker, it is likely that Redbet Poker will also make the move.

Players from Ongame skins will automatically have their bankrolls transferred to the new platform, although will not be able to carry forward all their loyalty points and benefits. Players in the process of clearing a bonus will have the points they have accrued into cash, and all players will have the opportunity to take advantage of an MPN Welcome Bonus.

The Volume of Action Continues to Grow on MPN

The Microgaming Poker Network has grown considerably this year – not only due to Betsson Poker and Betsafe Poker joining the network in March but also due to the arrival of [geolink href=”https://www.pokernewsreport.com/pkr-poker”]PKR Poker[/geolink] around the same time. Players joining MPN from the Ongame Network will see six times the volume of action at the cash game tables and plenty more valuable tournaments.

New players will also be able to take part in many more promotions, play in the network´s incredibly popular progressive jackpot “Fish Party” games, and compete for more than €3 million in guaranteed prize pools in the MPN´s monthly tournament schedule. It may even be possible that the volume of guarantees will increase once the migration from the Ongame Network has finished.

As for the Ongame Network, well it might not be completely dead and buried just yet. When NYX Gaming sold off its European interests in the Ongame Network, the company retained the rights to use the brand and software in North America. Should the need arise for a network of independent poker sites in a regulated American market, you might see the Ongame Network rise from the ashes.