One Month to go until One Drop Extravaganza Hits Monaco

In four weeks´ time, some of the world´s richest individuals will sit down to play the €1,000,000 buy-in Big One for One Drop at the Casino de Monte-Carlo. 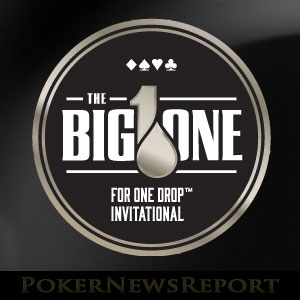 In four weeks´ time, some of the world´s richest individuals will sit down to play the €1,000,000 buy-in Big One for One Drop at the Casino de Monte-Carlo.

The One Drop Extravaganza will likely go down in history as the most expensive tournament series ever. It will certainly be the first to feature a poker tournament with a €1 million buy-in and, with seven other events scheduled (excluding satellites) with buy-ins from €10,000 to €100,000, players attending the Extravaganza are going to have to go deep into their piggy banks.

In addition to the tournament action, high-stakes cash games will be running eighteen hours a day with limits ranging from €25/€25 up to €1,000/€2,000. The cash games on offer will include the standard fare of NL Hold´em and PL Omaha, with Open-Faced Chinese Poker available for those who like to gamble. Just in case the stakes are not high enough for some players, there will also be a €1 million buy-in cash game on the last day of the event.

Big One for One Drop by Invitation Only

Unlike in 2012 and 2014, when the Big One for One Drop formed part of the WSOP schedule, entry to this year´s event is by invitation only. Cirque du Soleil and One Drop founder Guy Laliberté said he initiated the change to bring fun and innovation to charitable giving. Even the live satellites on the day preceding the €1 million buy-in event are invitation-only – with Laliberté expecting a large number of businessmen, philanthropic, and celebrity recreational players to attend in order to enjoy the game, the networking opportunities and the incredible VIP experiences.

Impressive Side Event Schedule over the Weekend

While the conclusion of the Big One plays out on Sunday, players not involved in the feature tournament have the choice to play in a €10,000 buy-in 6-Max NL Hold´em event or a €50,000 buy-in Heads-Up tournament. One the last day of the Extravaganza, there will be a €100,000 buy-in NL Hold´em tournament and the previously mentioned €1 million buy-in cash game. All the fees charged for entering the tournaments will be donated to the One Drop cause.

Big One for One Drop gets Royal Support

Although unlikely to take part in the event, Prince Albert II of Monaco has given his backing to the event. In a statement released to the media, His Serene Highness – who has his own charitable foundation to address environmental change – said: