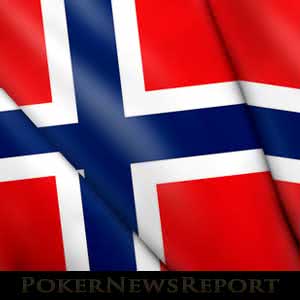 Politics in Norway is more complicated than in most other countries. The relatively small Parliament has 169 seats distributed between eight political parties, and all it takes is for one of the parties in the governing coalition to get upset about a policy, and they flip over to the opposition coalition. The opposition then has the majority until one of the parties gets upset again, and changes sides again. It is a wonder the Norwegian Parliament gets anything done at all!

This is pretty much what happened in Norway recently. The governing coalition has been trying to introduce a regulated online gambling environment similar to that of the UK. The Christian People´s Party didn´t like it, so supported alternate proposals being suggested by the Labor Party, Socialist Left Party and Center Party that protect the state-owned Norsk Tipping website. The proposals are expected to be formally adopted on May 7th.

What the Online Gambling Proposals Consist Of

There are four elements of the proposals that will effect poker players. The first is that the sixty-one online gambling websites appearing on the Lottery Commission´s blacklist will be DNS-blocked. Although DNS-blocking is simple to circumnavigate, the likelihood is that the online gambling websites appearing on the blacklist (which includes PokerStars, Bet365, Bwin and Unibet) will take the hint and withdraw their services from Norwegian players.

The objectives of the proposals are to direct all gambling transactions through the state-owned Norsk Tipping website and reduce the level of problem gambling in Norway (Norsk Tipping has also been told to reduce its aggressive marketing strategy). How effectively banning online poker in Norway in favor of a state-owned monopoly punting scratch cards and slot games is supposed to reduce problem gambling has not been explained.

The likely outcome of Norway´s online poker ban is that small stakes recreational players – most of whom do not have a gambling problem – will be denied access to a harmless pastime. Those who do have a gambling problem and still want to play online poker, will be forced to use non-regulated poker sites or join clubs using poker apps (similar to those [geolink href=”https://www.pokernewsreport.com/the-real-story-behind-the-chinese-poker-app-ban-22339″]banned in China[/geolink] earlier this week), and will have to fund their accounts with cryptocurrencies.

Sending the games “underground” is not likely to have been on the agenda of Christian People´s Party when they supported the opposition´s proposals, but wouldn´t a regulated environment have been better for the people of Norway? Politics in Norway may be more complicated than in most other countries, but it doesn´t prevent the country´s politicians being any less stupid! Unfortunately, voters will not have the opportunity to show their displeasure of the online poker ban in Norway until the next Parliamentary elections in September 2021.