As expected the Borgata and PartyPoker claimed the lion’s share of NJ‘s online casino and poker markets according to the NJ Division of Gaming Enforcement. 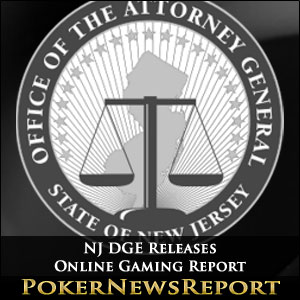 As expected the Borgata and PartyPoker claimed the lion’s share of NJ‘s online casino and poker markets according to the NJ Division of Gaming Enforcement.

On Tuesday, the NJ Division of Gaming Enforcement released a report detailing revenue gains from New Jersey’s first six weeks in the online gaming business. The report covers the period from November 21st through December 31.

In total, the Garden State generated $8.4 million in revenue during that time period, slightly lower than the $10 million projected by analysts.

Based on the data, Borgata and PartyPoker were the clear early winners in the state’s burgeoning iGaming market, claiming a staggering 45% of the market. Caesars, and its conglomerate of poker and casino sites, would finish a strong second, winning 28% of the total revenue gains.

Several factors could account for why NJ’s Internet gaming market underperformed. For one, Tropicana and Golden Nugget have yet to release their poker products. Additionally, while no one had exceedingly high hopes for Betfair’s poker brand, it has performed well below any conceivable expectations.

Geolocation issues and payment processing problems have also plagued most sites. In particular, most attempted Visa transactions are being rejected. Bank of America and Wells Fargo patrons have also had their fair share of trouble making deposits.  This may very well change in the near future, as more banks begin to recognize the legitimacy of regulated online gambling.

Furthermore, until recently most of New Jersey’s online operators held off on launching viral marketing campaigns. But now that PartyPoker has become the first gaming provider to align with a US-based professional sporting franchise – two in fact – iGaming awareness is on the rise. Other sites are following suit, launching sports themed promos of their own.

Finally, the Golden Nugget’s online casino launch was delayed until December 13, stunting its numbers. Look for its online casino to generate higher revenue numbers in January.

Overall, online casinos outdid poker, but again, this may change as public awareness rises and the ratio of online casinos to poker rooms begins to even out.

The DGE will release its next iGaming revenue report on February 12th. It will cover January’s revenue gains, and is expected to breakdown the number of registered accounts by site.