Fans of valuable tournament series will be delighted with the schedule for the Winning Poker Network´s three-tier OSS Cub3d series due to start on February 10.

Fans of valuable tournament series will be delighted with the schedule for the Winning Poker Network´s three-tier OSS Cub3d series due to start on February 10.

OSS Cub3d is the Winning Poker Network´s three-tier tournament series that starts with a week of events that have mini buy-ins (MOSS), is followed by two weeks of regular tournaments with enhanced guarantees (OSS), and concludes with the Bigger Online Super Series (BOSS) for High Rollers.

The format gives players with limited bankrolls to chance to enter tournaments with buy-ins of as little as $0.06, and spin their winnings up into something more substantial. Indeed, players who perform particularly well in one of three leaderboard competitions running throughout the next OSS Cub3d series could find themselves playing in a tournament with a $5 million prize pool.

More about Next Month´s OSS Cub3d

The OSS Cub3d format was first introduced in August 2016 when it consisted of 140 tournaments guaranteed for a total of $4.5 million. The seventh iteration starting on February 10th will consist of 167 tournaments with guaranteed prize pools totalling more than $8 million – the increased number of events attributable to the series lasting four days longer than before.

The variety of events has also been increased, and whereas many online tournament series consist of mostly NL Hold´em events with a few PL Omaha tournaments thrown into the mix, the schedule for the Winning Poker Network´s OSS Cub3d series includes games such as 6+ Hold´em, NL Omaha Hi/Lo, and 7 Card Stud as well as a rich diversity of NL Hold´em and PL Omaha tournaments.

How to Win a Seat in the $5 Million Venom 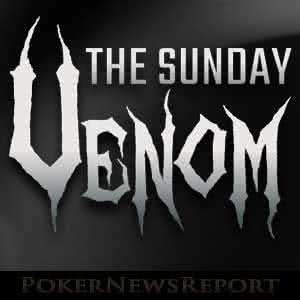 On July 21st, sites on the Winning Poker network will be hosting the biggest online poker tournament ever run by a US-facing poker site – the $5 million guaranteed Venom. The tournament guarantees $1 million to the winner and is being supported by an excellent satellite schedule and a six-stage Steps program starting at freeroll level. However, during OSS Cub3d, ten players will win their seats for free.

The Network has also announced a reload bonus during the opening week of the OSS series (February 17-23). The promotion consists of a 50% bonus on deposits made during the qualifying period (maximum bonus $300) and is redeemed in the same way as the Network´s first deposit promotions by earning Award Points for contributing to the pot in cash games or for paying a fee to enter a Sit & Go game or multitable tournament. It does not necessarily have to be used to enter OSS Cub3d events.

Plenty More Going on at the Winning Poker Network 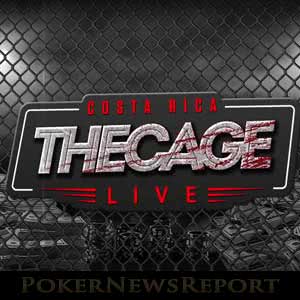 You do not have to wait until February 10 to get involved in the action at Winning Poker Network sites. In addition to satellites feeding into the OSS Cub3d events, there are also qualifiers for the Network´s Live Cage events running every Sunday, plus nosebleed stakes action running around the clock on the No Rathole cash tables and Jackpot Poker games running at both NL Hold´em and PL Omaha in which you could win up to 2,500 times your buy-in.

Furthermore, if you do not already have an account with either Black Chip Poker or Americas Cardroom, you can take advantage of a time-limited 200% first deposit bonus up to $1,000 when making your first deposit with one of sixty cryptocurrencies accepted by the sites. In order to take advantage of this opportunity, you should use the Winning Poker Network marketing code “PNREPORT” on the first page of the sign-up form.