Players and online poker affiliates who have been using the rakeback facilities at rakeupdate.com and rakereduction.com are starting to get twitchy about the lack of communication from the company. 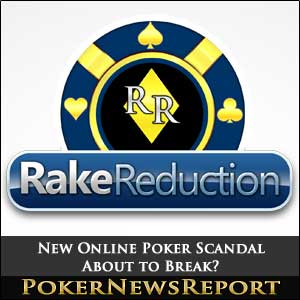 Players and online poker affiliates who have been using the rakeback facilities at rakeupdate.com and rakereduction.com are starting to get twitchy about the lack of communication from the company.

Six weeks after the sites´ software provider pulled the plug due to non-payment, nothing has been heard from the company´s representatives since the beginning of September, and it is feared that the company has fled his more than $1 million owed to clients.

The company first provided rakeback services for online poker players and affiliates back in 2005, and then developed the RakeUpdate software for use on rakeUpdate.com and RakeReduction.com. Earlier this year the company changed software providers to Elite Affiliate Software to provide more advanced facilities to affiliates on a lease basis. However an ownership struggle developed over who was in control of the company between Mike Haid and Daniel Persson, and several key personnel left the company as a result (including Mike Haig).

During the re-shuffling of the company personnel, they also experienced problems with payment processors. Their agreement with Neteller was withdrawn and, when Moneybookers pulled out of the US, the only remaining options for players and affiliates to access their funds were through accounts held with Full Tilt Poker (again not available in the US after April 15th), Carbon Poker and Cake Poker – who had payment issues of their own.

Cash-Outs Not Paid By the Online Poker Sites

Furthermore, rakeupdate.com and rakereduction.com were still paying out rakeback to online poker players and affiliates despite not receiving funds from Full Tilt Poker or the Cereus Network after their sites had their domains seized by the FBI. They also paid out “refer-a-friend” and sub affiliates at both Full Tilt Poker and Cereus on money that they never received.

The Situation Affects Players on Bodog, Cake and Merge

The lack of rakeback payments – some stretching back as far as April – does not only affect online poker players and affiliates who were connected to [geolink href=”https://www.pokernewsreport.com/online-poker-rooms”]poker sites[/geolink] now not operating in the States. Players who were entitled to receive 30% rakeback from Bodog and skins on the Cake and Merge networks are also unable to access their money. Although the sums owed are not on the scale of those “misappropriated” by Full Tilt Poker, the most successful affiliates are owed tens of thousands of dollars.

Online poker players who have been affected by this lack of communication are drawing parallels with the Full Tilt Poker situation. The few statements which have been posted on forums failed to answer any of the questions asked by concerned players and, like Full Tilt Poker, it emerged that rakeback funds due to players were not segregated from the company´s operating capital. The players´ major concerns are that, if the site does ever re-open again, the company will not have the funds available to settle its outstanding liabilities. Following Daniel Persson´s appearance at an affiliates conference in Barcelona, there has even been a suggestion that rakeupdate.com/rakereduction.com are looking for an investor!

The Wait Goes On

The home page for both rakeupdate.com and rakereduction.com carries a message which was posted on the 8th August to say that the site is temporarily unavailable. Deadlines which were initially set by the company for new software to be integrated onto their web site have passed, and there is no response from the support email facility. By failing to pay their affiliates for just a month, the company will have grossed their entire income for a year just from Bodog, Cake and Merge. As time goes on (and the online poker sites continue to send them money) it looks more and more likely as this is the next online poker scandal about to break.