New Jersey’s staunchest supporter of online gambling, Sen. Raymond Lesniak, is behind PokerStars’ desire to own and operate an Atlantic City casino. 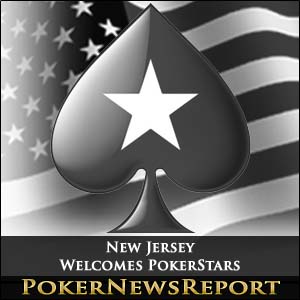 New Jersey’s staunchest supporter of online gambling, Sen. Raymond Lesniak, is behind PokerStars’ desire to own and operate an Atlantic City casino.

PokerStars has reportedly been in negotiations to acquire the Atlantic Club Casino on the famed Atlantic City boardwalk for a price tag said to be under $50 million. Lesniak has long been pushing for the approval of online gambling legislation in the Garden State and recently issued a statement suggesting that the world’s top online poker site’s presence in land-based gaming can have an impact on Internet gambling in the state.

It is great to see a modern, global company like PokerStars interested in investing in our state and teaming up with one of the iconic Boardwalk casinos, The Atlantic Club, Lesniak said. These kinds of opportunities can be transformative and provide more proof that New Jersey – not Nevada – can be the hub for a new wave of growth in the gambling industry.

Lesniak’s proposal for online gambling, S-1565, is under consideration by the Senate and may be voted on prior to Christmas. The bill was recently amended to remove a bad actor clause that would have prohibited sites like PokerStars and Full Tilt from initially participating in the state’s online gaming scheme due to their virtually ignoring the Unlawful Internet Gambling Enforcement Act (UIGEA) in 2006.

A draft of a federal bill authored by Senators Harry Reid and Jon Kyl that may or may not be introduced in Congress before year’s end also has a bad actor provision included. However, the Poker Players Alliance and others have called for the removal of that clause in the Reid-Kyl proposal.

The Reid-Kyl bill has come under fire from many directions as being much too beneficial to Nevada gaming interests. The Silver State is preparing to be the first state in the U.S. to have legal poker sites up and running in early 2013 in the absence of federal legislation. As such, they would get a leg up on competing states and could become the hub of online gaming.

However, Lesniak’s recent push to enact online gambling legislation in New Jersey prior to 2013 is an effort to overtake Nevada as the epicenter of the online gaming industry. And PokerStars’ presence may be a means to that end.

New investment in Atlantic City is good for New Jersey, Lesniak stated. PokerStars is the biggest company in online poker and we should welcome them bringing their American headquarters to New Jersey.