This week, the New Jersey House of Assembly approved Bill A2578 which has the potential to expand poker and gambling in the state. 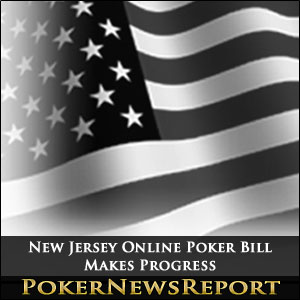 This week, the New Jersey House of Assembly approved Bill A2578 which has the potential to expand poker and gambling in the state.

The online gambling bill, which was sponsored by pro-gambling politician, State Senator Ray Lesniak, has faced numerous obstacles in its path to the House of Assembly. The bill was rejected in a previous form by New Jersey state governor, Chris Christie last year, and was stalled when Senate and Assembly passed different versions.

However, Senator Ray Lesniak has worked tirelessly to revive the online gambling bill, and he now predicted that it will be carried to vote by the full Assembly on December 17th. He then believes that it will receive a successful state Senate vote three days later, just in time for the New Year.

It’s not too late for Atlantic City to become the Silicon Valley of Internet Gaming.

Should the bill, A2578, become law, it would allow intrastate online poker in New Jersey, as well as other casino games.

State Governor Chris Christie may be faced with the same dilemma he was last year where he had a similar bill placed in front of him by the House of Assembly and State Senate. In the end, Christie vetoed the bill, but supporters of A2578 believe that there is a greater chance that the governor will see reason and sign in favor this year.

Individual US states are now pushing to introduce their online poker and gambling legislation, and New Jersey will need to keep up with the game if it doesn’t want to risk being left behind and losing its gambling dollars to other states. As it is, casinos in Atlantic City have been badly hit by the growth of land casino competition in neighboring states, and a new online poker and casino gaming regime could definitely boost falling revenues in the area.

Lesniak’s bill proposes that gambling servers will be located on the premises of licensed land casinos in New Jersey, and they will be allowed to offer all types of gambling to state residents.

So far, only Nevada and Delaware have passed similar laws, but many others are eyeing the opportunity.

Bookmark PokerNewsReport.com and check us out daily, to stay up to date on the latest US poker related news.