New Jersey May Consider Casinos Outside of Atlantic City

It’s no secret that Atlantic City casinos have struggled to generate revenue in past years, with declines seen seven years in a row and counting. 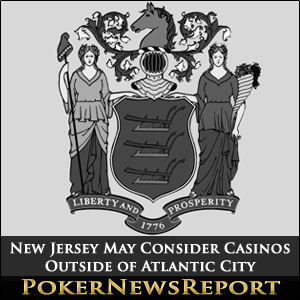 It’s no secret that Atlantic City casinos have struggled to generate revenue in past years, with declines seen seven years in a row and counting.

That has prompted state officials to consider locating casinos elsewhere in the state, with the Meadowlands sports complex mentioned most often as perhaps the first choice. A study may be undertaken to determine the feasibility of such a proposal.

The Garden State is currently in the midst of a half-decade grace period imposed by Governor Chris Christie that allows time for the Eastern seaboard gambling mecca to change its fortunes. But if those fortunes do not show progress in 2014, casinos may one day be allowed outside of Atlantic City borders.

The soon-to-be closed Atlantic Club appears to be the poster child of the problems faced by Atlantic City casinos. The casino doors will be shut on Jan. 13, reducing New Jersey casinos from 12 to 11. Those problems were exacerbated by casinos popping up in neighboring states such as Pennsylvania.

Atlantic City may still be bloated with too many casinos, with an additional closing or two a strong possibility in the future. A lot of that depends upon the state’s newly-launched online gambling regime that was effectuated in order to provide a boost to the existing casinos.

Almost 110,000 accounts have been created by players in New Jersey in the more than five weeks since the soft launch got underway on Nov. 21. Gaming regulators consider that to be a good start, but a marketing blitz is now in effect in an effort to increase player numbers. That marketing strategy will continue into the new year.

With 2014 set to be the first full year of Internet gambling in New Jersey, the new year will be a pivotal one with regard to whether or not casinos will continue to be confined to Atlantic City. It has been that way for 35 years. But if Atlantic City casinos fail to attract enough gamblers to visit and play slot machines, roulette and blackjack, that may change in the future.