With Florida’s legislative session set to end in a matter of days, reaching a deal on a new gambling compact with the Seminole Tribe may not get done in time.

With Florida’s legislative session set to end in a matter of days, reaching a deal on a new gambling compact with the Seminole Tribe may not get done in time.

Should that happen, the $350 million per year that the Seminoles provide to the state in exchange for gaming exclusivity provisions could be in jeopardy. Coming to an agreement would appear to be in everybody’s best interests, but as the days tick by with no resolution forthcoming, the situation could cause a lot more headaches than it already has.

A new proposed compact stands to add a minimum of $400 million per year to Sunshine State coffers – and perhaps up to $500 million – according to various media reports. It includes the legalization of sports betting, with the Tribe allowed to offer wagering on sports as well as receive revenue from other entities permitted to also set odds and accept sports bets from Floridians and tourists to the state. 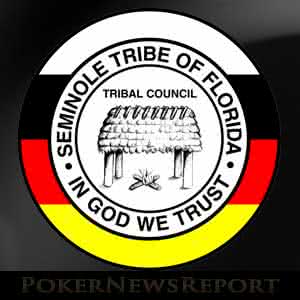 Governor Ron DeSantis is apparently hesitant about certain aspects of sports betting such as proposition bets that go well beyond wagering on who will win a particular sporting event. Prop bets can be made on any number of different situations and the accompanying results within a sports contest.

Further complicating the issue is the fact that the Seminole Tribe wishes to retain exclusivity of table games like blackjack, as well as add more games such as roulette and craps. The Tribe has argued previously – and a federal judge agreed – that the state’s other regulated gaming interests have encroached on that exclusivity.

The compact that was put in place between Florida and the Seminole Tribe dates back to 2010. The government has benefited to the tune of more than $2 billion since that agreement was brokered, and that total would continue climbing if a resolution were to be reached.

Certain elements of the 2010 revenue-sharing deal expired in 2015. A deal between former Governor Rick Scott and the Seminoles that continued the coveted exclusivity rights of house-banked games for the Tribe kept the money rolling in to the state. But an expiration date of May 31 on that agreement is putting the current negotiations under the gun – as is a May 3 end to the 2019 Florida legislative session.

It’s not like state lawmakers and Tribe representatives waited until the last minute to attempt to hash out their differences. Negotiations on a new compact have been ongoing for years. But time is now running out and the result could see the Seminoles stop making payments to the state if no agreement can be reached.

Whether a deal that all parties can live with will be brokered in time remains to be seen. While DeSantis has some reservations about the current proposal on the table, so too do other lawmakers.

Unfortunately, it is believed that online poker and gambling aren’t among the points of discussion between state legislators and the Tribe. That topic will have to be broached at another time – if ever.