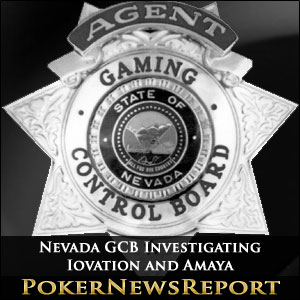 Ultimate Poker launched on April 30 and is in the midst of a 30-day trial run. That run took a turn for the worse when it was discovered that Iovation, a company that provides identity verification services, was providing said services for Ultimate Poker. The problem is that Iovation previously provided software for UltimateBet.

UltimateBet has no connection to Ultimate Poker, except for using the word ultimate. The now defunct UltimateBet was part of the Cereus Network alongside Absolute Poker. Both poker rooms were mired in cheating scandals years ago, with new details still emerging to this day about who was behind the scam that allowed cheaters to see the hole cards of their opponents.

How that story relates to present day affairs is that Nevadans attempting to log on to play at Ultimate Poker received error messages along with the Iovation name. Many players were understandably concerned that Iovation was linked up with Ultimate Poker and expressed fears that personal information such as social security numbers would be available to the company considering its less than reputable history.

Ultimate Poker quickly dropped Iovation after player concerns were brought to the attention of the Nevada Gaming Control Board (GCB) and subsequently released to the Las Vegas Review-Journal. The GBC continues its investigation of the matter and will proceed accordingly after all the facts have been gatherd.

Other media reports behind a paywall indicate that the GCB is also looking into Amaya Gaming and their new head of Internet gambling, Paul Leggett. Also tied in with the mess at Absolute Poker and UltimateBet, Leggett was a former executive with the companies. The Canadian-based Amaya Gaming recently acquired the Ongame Network and has already partnered with several Nevada interactive gaming licensees to offer their product in the state’s online poker regime. The GCB is now forced to investigate the Leggett hiring in an attempt to keep its brand new online poker launch from being further sullied.

The ultimate goal is to protect players from being scammed once again. As many are already aware, Absolute Poker and UltimateBet were indicted along with Full Tilt and PokerStars on Black Friday. While PokerStars and rest-of-world Full Tilt players have been fully reimbursed and Full Tilt’s U.S. players are expected to eventually also be repaid, Absolute Poker and UltimateBet players may never see another dime of the millions of dollars still owed to them.

The launch of online poker in Nevada has thus far proven to be somewhat successful. Naturally, a few startup bugs have to be worked out.
However, the fact that the GCB must continue to investigate matters pertaining to past incidents of cheating is a bit disconcerting to players who are hoping that a regulated industry will leave such previous problems behind.