The Nevada Gaming Control Board will lose its current chairman as Mark Lipparelli has announced his resignation effective at the end of September. 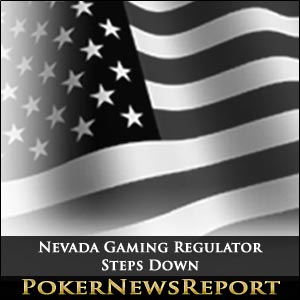 The Nevada Gaming Control Board will lose its current chairman as Mark Lipparelli has announced his resignation effective at the end of September.

Lipparelli has been a huge online poker advocate and has been at the forefront of Nevada about to make history as the first state to legally offer online poker on an intrastate basis. South Point Poker is expected to go online as early as next month. The Silver State approved online poker regulations in December of 2011 after debating the issue for quite some time.

Prior to his term as chairman of the three-member control board, the 47-year-old Lipparelli served in an executive capacity at both Bally Technologies and Shuffle Master, two Las Vegas-based companies that have already received rubber-stamped approval from Nevada gaming officials to provide online poker technology to casino companies. Lipparelli received an annual salary of $130,000 in his role as control board chairman of one of two Nevada regulatory bodies in charge of overseeing the Silver State’s gambling industry.

Lipparelli was appointed as control board chairman in 2009 by the governor and will not be permitted to accept another position with a gaming company within state borders for one year, the Las Vegas Review-Journal reported. His reason for leaving the position was a “personal decision” and is a few months prior to the expiration of his term, which was set for December.

The American Gaming Association, which is the main lobbying organization representing Nevada casinos, took to Twitter upon hearing of Lipparelli’s resignation, tweeting, Lipparelli has been a strong, steady leader as NV gaming has experienced great change. We’ve enjoyed working with him and wish him the best.

Lipparelli testified during a House subcommittee hearing late last year that was investigating online gambling in response to a proposal to regulate Internet poker. The chairman told federal lawmakers that software is advanced enough to uncover cheaters, minors, and those suffering from addictive gambling behavior.