A public hearing was held to discuss a proposal to allow legalization of online poker, hoping to become the first state to have regulations in place when the government passes legislation permitting online poker in the U.S. 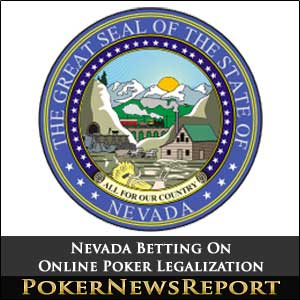 The Nevada Gaming Control Board held a public hearing to discuss a proposal to allow legalization of online poker, hoping to become the first state to have regulations in place when the federal government passes legislation permitting internet poker in the U.S.

“I think we’re fairly close,” said Control Board Chairman Mark Lipparelli, on the prospects of the board being ready to sanction online poker. “I think we have a solid foundation, but there may be changes based on written comments that were submitted.”

The hearing was conducted as a workshop in which the board members answered questions and listened to testimony from poker players, attorneys, regulation experts and company representatives aiming to have a financial stake in online poker.

The proposed guidelines, known as Regulation 5A, require that no Nevada licenses be granted until a federal law is enacted or until the control board is contacted by the Department of Justice and given approval to operate [geolink href=”https://www.pokernewsreport.com/online-poker-games”]online poker games[/geolink]. This guideline was apparently established keeping in mind the recent civil charges filed against Full Tilt Poker and its board members Howard Lederer, Chris Ferguson and Rafael Furst, who were accused by Preet Bharara, the U.S. Attorney for the Southern District of New York, of running a “global Ponzi scheme.”

Additional components of Regulation 5A include protection of poker players’ account information and identity, affirmation that the poker player is of legal age, never extending credit to any players, and that online players not be blacklisted from any Nevada casino. Also, [geolink href=”https://www.pokernewsreport.com/online-poker-rooms”]online poker rooms[/geolink] are required to report any wagers that might be suspicious and any new online poker license awarded will be separate from any existing Nevada gaming licenses. All online gaming systems are subject to review and approval by the Nevada Gaming Commission.

An additional Nevada Gaming Control Board meeting had been scheduled for October, but since Monday’s hearing ran so smoothly, Lipparelli indicated that October’s meeting may be cancelled. The board and the Nevada Gaming Commission are planning public hearings in November, setting the table for the commission to make its final approval of the regulations in December, well in advance of the deadline of January 31, 2012, set by state law.

One of the speakers at Monday’s forum, Michael Jabara, President & CEO of RedRockOne, Inc., a Las Vegas-based startup company specializing in getting brick and mortar casinos into the online world, urged the board to approve the regulations as soon as possible to maintain an advantage over other states that might be proposing the regulation of online poker.