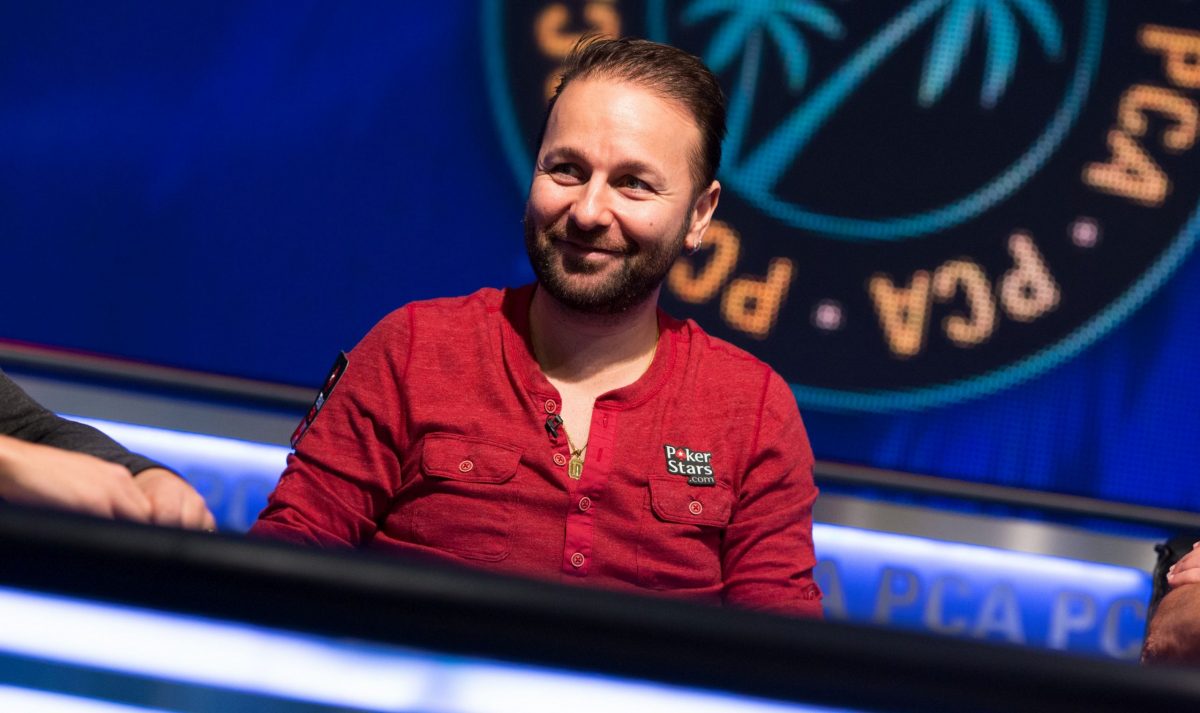 Daniel Negreanu, one of the most popular poker players in the world, returned to actively vlogging about poker and decided to share a couple of things with his fans. He talked about his routine during the quarantine and discussed his plans on playing the World Series of Poker Online that will take place next week.

First of all, the Ambassador of GGPoker talked about how to stay in shape while at home. He discussed his fitness regime and even displayed his home gym.

Naturally, he also showed what kind of food he was eating in his quarantine. He also showed his leisure activities such as chilling by his pool or playing golf simulator.

Negreanu’s vlogs are usually focused on his WSOP grind, but this year it was something different. Since the World Series of Poker was postponed, and Negreanu went into self-isolation, he didn’t have much to talk about that’s related to the popular poker tournament.

In 2019, he released a total of 50 vlogs that documented how he took part in the WSOP, and the first time he started this type of vlogs was in 2017.

In his latest vlog, Negreanu discussed WSOP and revealed some of his plans related to the WSOP.com online tournament.

What Are Negreanu’s Plans for the WSOP Online?

Negreanu said that he was not in Rio “obviously because of COVID.” However, he added that it was okay to talk about the WSOP as the tournament released its online schedule, and players could start making plans.

WSOP.com will start hosting tournaments on July 1, and GGPoker will continue on July 19, when international players will have an opportunity to join some of the available events. Negreanu has a really interesting plan to take part in events on both sites.

He will participate in WSOP.com events from the comfort of his home and then go to Mexico to play events offered on GGPoker.

He stated that he and his wife rented a house in Mexico located on a “nice spot on the beach.” According to Negreanu, his GGPoker grind will happen from that place.

Moreover, he was happy with the fact that he will take part only in one event per day and do it from “the luxury of (his) home.”

However, Negreanu said that he will not release the blog as often as he had done in the past. Back in 2019, he released a vlog every single day, but that’s going to be different this year, as he’ll release new vlogs two to three times a week. They will document his experience playing WSOP online and will also include some hand reviews.

Although he was at home for the entire time, Negreanu was not bored at all. Apart from working out, chilling by the pool, and playing golf simulator, he also took part in some private games. In fact, he hinted that there were some massive names that faced him in online poker.

He didn’t want to reveal whom he played against but hinted that he was one of the most popular poker players and was more than 80 years old. So far, the only person that fits that description is Doyle Brunson — also known as the Godfather of Poker.

This is going to be a rather exciting WSOP during the summer, and they’ll definitely be even better with Negreanu’s coverage. Therefore, many poker lovers now have an additional reason to follow WSOP.com events instead of being sad that live WSOP was postponed for fall 2020.