On Monday, Day 3 of NAPT Mohegan Sun came to an end as the field was dwindled down to just 24 players. Vanessa Selbst, the defending champion, is heading into Day 4 as the chip leader with… 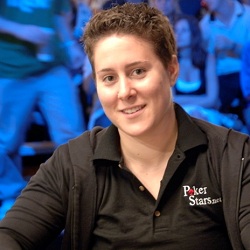 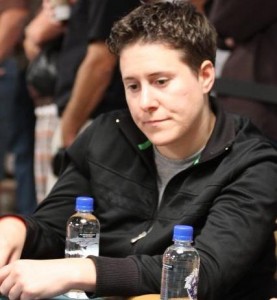 On Monday, Day 3 of NAPT Mohegan Sun came to an end in one of the best [geolink href=”http://www.livedealercasino.org”]live casinos[/geolink] as the field was dwindled down to just 24 players. Vanessa Selbst, the defending champion, is heading into Day 4 as the chip leader with around 1.4 million chips.

The day started with 74 runners which meant only some of the field were getting paid. The bubble boy title went to Binger, with nothing going right for him on day 3. In one hand he had his aces cracked against Adam Junglen’s As-Qd. The poker gods shined down upon Junglen as the board ran out 8s-4s-2s-Js-Tc to give him a flush. If the awful suckout wasn’t bad enough, Junglen busted Binger when he cracked his pair of queens.

Binger took the bad beats extremely well and exited the tournament still with a smile on his face. “I just keep telling people that bubbling builds character,” he said whilst departing to the rail.

Once every player left in the field reached the money, the eliminations seemed to come quicker, as can be expected. The first to be eliminated was last year’s NAPT Mohegan Sun runner-up Mike Beasley, followed by Jerry Wong, Greg DeBora, Jeff Papola and Lee Markholt.

Selbst managed to build up her stack slowly throughout the day, but during the last levels of the day’s play she was able to become the chip leader after winning a key pot. From early position, Olivier Busquet opened to 21,000. Rubianes three-bet to 51,000 from the cutoff position and Selbst who was on the button decided to four-bet and made it 109,000 to play. When the action got back to Busquet he folded but Rubianes made the call. The flop came down Tc-5d-2c and Rubianes checked to the preflop aggressor. Selbst bet 129,000 and Rubianes just called.

The turn card was the Jc which completed a potential flush draw. The two players checked and the river put a fourth club on the board the 3c. Rubianes checked, Selbst bet 294,000, and Rubianes ended up tank calling, but mucked his hand when Selbst showed Ks-Kc for a king-high flush.

The final 24 players will return to the felt on Tuesday at 12:00 p.m EDT where the action will play down to just one final table of eight players.