PokerStars has released the schedule for its forthcoming Turbo Series (formerly the Turbo Championship of Online Poker) and details of multiple promotions the site is hoping will tempt players to “supercharge your experience” – including three Platinum Passes for the PokerStars Players Championship. 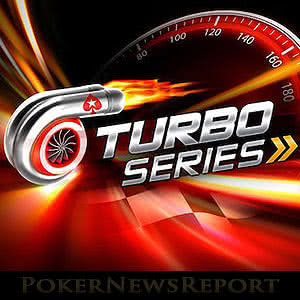 PokerStars has released the schedule for its forthcoming Turbo Series (formerly the Turbo Championship of Online Poker) and details of multiple promotions the site is hoping will tempt players to “supercharge your experience” – including three Platinum Passes for the PokerStars Players Championship.

PokerStars´ rebranded Turbo Series is scheduled to take place from Sunday 18th February until Sunday 4th March. Over the fifteen days of fast-paced action the site will host seventy-four turbo tournaments guaranteed for a total of $15 million, including Twin Turbo Main Events on 4th March at 2:00pm (ET).

The schedule includes a fantastic mix of formats and disciplines, but the majority of events will be beyond a comfortable buy-in range for many recreational players and those with limited bankrolls. Acknowledging this, PokerStars has announced multiple promotions to support the Turbo Series, giving players the opportunity to win their seats for free.

Throughout the series, PokerStars will be running a special version of its hyper-turbo Spin & Go games with a buy-in of $2.75 and the opportunity to win a Turbo Series tournament ticket with a value of up to $1,050. The majority of random prizes will be $5.50 satellite tickets and $11.00 tickets, but the frequency of “mid-range” prizes ($55.00 and $109.00 tournament tickets) is pretty good.

Although there are three events during the Turbo Series with buy-ins of $1,050, players winning more than one $1,050 tournament ticket can convert their additional tickets into tournament dollars; and, if players are unable to use the lower-value tickets they win before the end of the Turbo Series on March 4th, the tickets can be carried forward to enter later PokerStars tournaments.

The Turbo Series Spin & Go games are certain to be popular as, throughout the series, [geolink href=”https://www.pokernewsreport.com/pokerstars”]PokerStars[/geolink] is adding one hundred $2.75 tickets to he prize pool of every regular “Hot Turbo” tournament with a buy-in of $4.40 or less. Simply play in any low buy-in “Hot Turbo” tournament, and – if you finish in the top one hundred places – you could be on the path to playing in the $3.5 million Turbo Series Main Event!

In addition to the Turbo Series Spin & Go games, PokerStars is offering players more chances to win free Main Event seats and entries into other Turbo Series tournaments. These start on February 18th, when PokerStars will be adding twenty $55.00 tournament tickets to the prize pool of the $2.20 buy-in Turbo Series satellite running at 2:30pm (ET) every day.

Thereafter, if you play in any Turbo Series event prior to March 4th and fail to cash, you will be given a free entry into a “Second Chance Freeroll” with $5,000 tickets up for grabs in each – including a $1,050 Turbo Series Main Event ticket. The Second Chance Freerolls take place at 1:00pm (ET) each day and, if are given a freeroll ticket, you need to use it before March 4th when it expires.

Registration for all the tournaments in the Turbo Series is now open and a comprehensive satellite schedule is well underway. If you would like to “supercharge your experience” and take advantage of the multiple promotions being hosted by PokerStars to support the series, be sure to visit the site soon.