The Microgaming Poker Network has announced that in conjunction with recent changes at the network, it has rebranded and will henceforth be known as MPN. 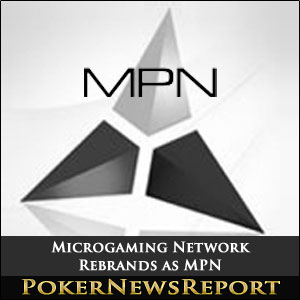 The Microgaming Poker Network has announced that in conjunction with recent changes at the network, it has rebranded and will henceforth be known as MPN.

The network issued a press release to announce the name change and the launching of a new website, thempn.eu. In existence since 2003, MPN has added several well-known skins of late, benefitting greatly from the closing of the IGT Network. Those new additions include iGame Malta, which runs Pokerihuone, NoiQ and 24hPoker; BetVictor, previously known as VictorChandler; Unibet; and Betsafe.

The re-brand of the network to MPN and the launch of the network website are both significant milestones for Microgaming poker, said Lydia Melton, Microgaming’s head of network games. We are approaching our 10th year in operation, and we are stronger than ever before.

MPN is currently ranked 11th in worldwide player traffic. But the recent skin additions and the likelihood that more poker rooms will be joining in the future may increase traffic at the network to somewhere in the top ten.

The [MPN] is in advanced discussions with a number of other major operators, a prior company statement said.

The past two years have seen MPN re-design its poker platform, introduce new Flash and HTML5 clients, launch fast-fold variant “Blaze Poker,” establish anonymous tables, employ a new rake allocation model known as True Value, and form a network management board. Also, a new poker lobby is being launched to be followed by exciting promotions in tandem with key operators.

What we have done with all these changes is build the framework for a scalable and sustainable network, Melton said. Now that the framework is in place, we are more flexible, resilient and adaptable to any changes that this turbulent industry can throw our way.

A quick scan of thempn.eu shows a list of poker rooms currently on the network. One nice element to the new website looks to be a section that will feature a different card room or skin each month, telling vital information about the skin that can help players to make better decisions as to which poker rooms to patronize.