Skins on the Merge Gaming network have announced that they are ending rakeback payments from next Thursday and introducing an improved rewards program. 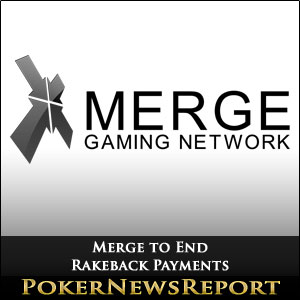 Skins on the Merge Gaming network have announced that they are ending rakeback payments from next Thursday and introducing an improved rewards program.

The news of the change was first announced on the popular 2+2 poker forum, when a representative from Carbon Poker confirmed that a new VIP Rewards Program was being introduced to replace the old rakeback system. The initial response to the news was one of shock from regular high-volume players on Carbon Poker who will lose considerably in the new deal, but it soon became evident that the improved loyalty program has been designed to reward lower stakes and recreational players who play frequently on the network.

The news was to get even worse for the high-volume players when it was revealed that all existing VIP Points earned under the rakeback system were to be “zero´ed out” at 11.59pm EST on 31st January; giving existing players in receipt of rakeback just one week to convert any points balance they had to cash or tournament tickets. The 2+2 Carbon Poker representative countered complaints from contributors to the forum thread by saying “We believe that moving away from rakeback to an improved VIP Program is that best way to build and improve the overall poker ecology of our network.”

Merge Have Been Here Before

This is not the first time that the Merge Gaming network has closed its doors to players looking for rakeback deals. As a knee-jerk reaction to the events of ‘Black Friday’ in 2011, Merge withdrew the rakeback facility from new players registering accounts on Merge Gaming skins, but on that occasion allowed existing players with rakeback accounts to have the option of rakeback payments or transferring to VIP Rewards Programs established by the skins on the network. Merge Gaming only reintroduced rakeback in May 2012 to prevent a mass exodus of players to the newly-formed Revolution Network.

This time however, it appears that the network is moving closer to the ‘Recreational Poker Model’ championed by Bodog Poker and Bovada Poker by shuffling their loyalty program to benefit the lower stakes players, with the new Carbon Poker VIP Rewards Program making it easier for low-volume online poker players to achieve higher status levels and benefit from points-for-cash exchanges as well as VIP Points multipliers and entry into valuable VIP freerolls.

The full details of the new Carbon Poker VIP Rewards program are yet to be announced, but PokerNewsReport can reveal that players at Carbon Poker will now enter the Rewards Program when they have collected just one VIP Point within a month (previously 250 VIP Points, with points being awarded at a rate of 10 per $ raked or paid in tournament entry fees). Entry requirements for higher levels have also been reduced and a new top level – ‘Carbon’ – has been introduced.

Whether these changes will stem the flow of players away from the Merge Gaming network, where traffic has steadily fallen over the past six months, remains to be seen.