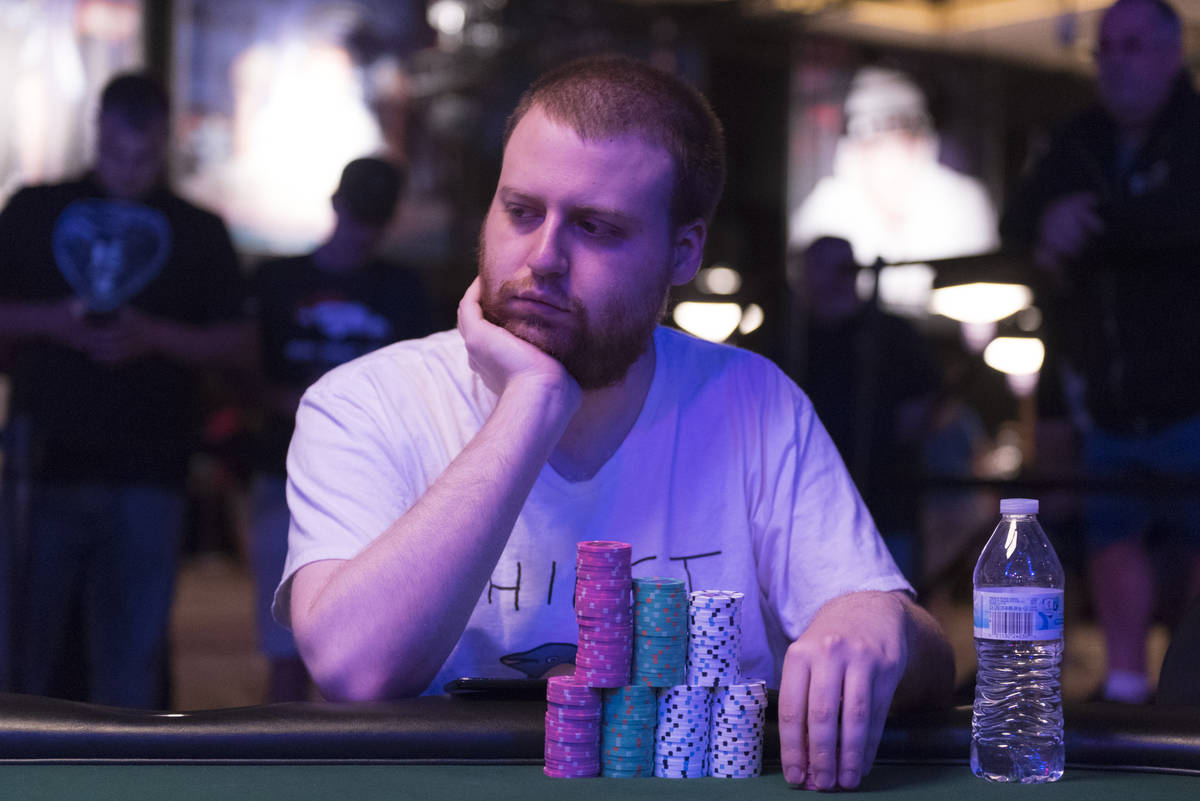 The 14th event of the 2020 World Series of Poker Online wrapped up on Tuesday night, and it was Joe McKeehen who finished in first place.

McKeehen is an experienced poker player, and this is his third gold bracelet. Apart from that trophy, the popular poker professional also managed to win $352,895 in prize money.

With three bracelets on his wrist, Joe McKeehen has now joined a group of players that consists of legends such as David “Chip” Reese, Dewey Tomko, and Lyle Berman. All three of them were introduced to the Poker Hall of Fame at one point during their respective careers.

As for McKeehen, he had a somewhat different approach to this event, as he remained quiet all the way through. He was patient and careful, meaning he was always waiting for a perfect time to strike.

That he had a conservative approach to the game is confirmed by the fact that the only elimination he scored in the final table was the one in the heads-up play.

The top 64 players were paid, and the unlucky player who burst the bubble was Chris Ferguson. Some of the players who made it to the pay list were Maria Konnikova, Ryan Laplante, Loren Klein, Ryan Depaulo, Blake Bohn, Dave Alfa, and others.

The final table started with Clayton “nevarlucky” Maguire leading in chips. Maguire is popular for being the second player to ever win an online gold bracelet in 2016, when he topped Event #66: $1,000 WSOP.com Online NLH and won $210,279. However, this didn’t mean a lot to him, as he soon lost all chips.

The first player to hit the rail was David “newjerz05” Jackson, who won a total of $28,951. He was soon followed by Nathan “innate9” Russler for $38,601, and it was time for Clayton Maguire to leave the final table after that.

Unfortunately for him, the blinds went up, and he lost a lot of chips, which he tried to reclaim from the small blind with jack-three suited. However, he stumbled upon Frank Funaro’s ace-seven and had to hit the rail in sixth place for $52,624.

After Maguire, Lee “SoccerDJ” Vlastaris had to leave the game in fifth place for $72,979. He was soon followed by Zhi Hong “Jaydestar17” Huang for $103,136. The last player to hit the rail before the heads-up play could start was Roland “prngls12” Israelashvili, who won $148,975.

Frank “thewholefunks” Funaro was the last opponent to Joe McKeehen. This was somewhat a local battle, as both players were residents of New Jersey.

Funaro had a chip lead, holding 9.1 million in chips, against McKeehen’s 3.2 million. However, McKeehen’s previous experience was clearly visible as he eventually managed to turn things over and win the event. Funaro had to settle for second place and the prize of $219,089.