Massachusetts to Wait on Online Gambling

The Massachusetts Gaming Commission has proposed that legislators take a wait and see approach with regard to regulated online poker and gambling. 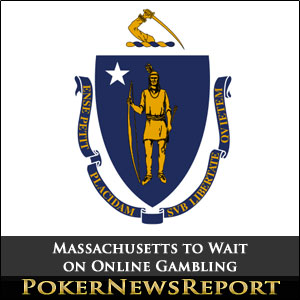 The Massachusetts Gaming Commission has proposed that legislators take a wait and see approach with regard to regulated online poker and gambling.

A hearing on the matter was held yesterday in which commission chairman Stephen Crosby suggested that state lawmakers hold off on considering online gambling legalization until casino licenses are awarded. Three such licenses are expected to be doled out by the commission later this year and Crosby wants those casino companies to be included in any Internet gambling discussions.

The first license for commercial casino gambling was awarded in February to Penn National Gaming and will result in a slots parlor to be located at Plainville’s Plainridge racetrack. Massachusetts officials anticipate that all four new licensees will have land-based gaming operations up and running in 2016.

Like many other states considering online gambling, Massachusetts is concerned that gambling via the Internet may cannabalize the revenue stream at its yet-to-be constructed brick and mortar gambling locations. Officials also worry that the state lottery will see decreased revenue should online gambling be legalized.

State Senate Majority Leader Stanley Rosenberg echoed the sentiments of Crosby when he stated that lawmakers don’t want to kill the goose that laid the golden egg with regard to current lottery revenue. He also expects the new commercial casinos to lay some golden eggs in the coming years.

Massachusetts legislators approved expanded casino gambling in 2011 that called for the three casinos and one slots parlor to be located throughout the state. Online gambling bills have been introduced since that time, but none have advanced while the primary focus has remained on the upcoming brick and mortar gaming establishments.

Yesterday’s hearing also touched on the need to address the prevention of gambling addiction, if and when lawmakers take a more serious look at online poker and gambling legislation, AP reported. While the five-member commission outlined their recommendations, noteworthy attendees at the hearing included representatives from the regulated states of Nevada, Delaware and New Jersey, as well as gaming company executives from the likes of Bally and International Game Technology.