The state of Massachusetts is considering legalizing online poker in the near future. 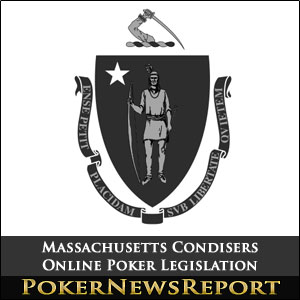 The state of Massachusetts is considering legalizing online poker in the near future.

There is a good chance that 2014 will be the year that Massachusetts legalizes online poker. The budget for the 2014 fiscal year has had some attachments added regarding the regulation of online poker in the state. 18 members of the Massachusetts House of Representatives have sponsored the online poker attachment to the 2014 budget.

The budget bill already included land-based casino revenue since the state of Massachusetts had already legalized land-based casinos, although they will not be in operation before 2016. Even though licenses have not yet been awarded, the reason that this item is included in the 2014 fiscal year’s budget is that licensing fees will be due in 2014, once the winning bids have been chosen.

Those who have sponsored the attachment to the budget bill are of the opinion that there are a significant number of Massachusetts residents that play online poker and other forms of online gambling via offshore online gaming sites. It is believed that the state would be able to generate a large amount of revenue from both taxation and licensing fees should online gambling be legalized in Massachusetts. There would also be around 1,000 jobs created, both directly from the industry, and as an offshoot of the online gambling industry.

This move comes after the Federal government publicized that the Wire Act only applied to sports betting, and did not apply to online poker and other forms of online gambling games. The Department of Justice ruled that individual states could make their own decisions regarding interstate online poker and other online casino games. For those states that choose to allow online gambling, interstate gambling is legal as long as all states involved agree on the gaming compacts.

While the attachment to the bill allows for online poker to be legalized, only three online poker operators would be granted licenses, with each license being valid for a period of 10 years. At this time, only online poker will be granted licenses, while other online gambling games will not yet be allowed in the state. Players need to be a minimum of 21-years-old, and all players need to be physically present in Massachusetts when playing. There also needs to be a program to exclude those players that have been banned or have chosen the self-exclusion option. While in theory, interstate poker would be allowed, at this time, the proposed legislation has not explicitly stated this.