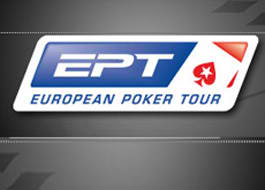 While the effects of ‘Black Friday’ are still being felt in the poker industry, many amateurs and professionals have travelled to Italy to participate in the PokerStars.net European Poker Tour San Remo. While it was a beautiful sunny day in San Remo, a total of 438 players paid the €5,300 buy-in to be tucked away in the Casino San Remo hoping to accumulate as many chips as possible on the first of two starting days.

Several British players were impressing throughout the day, notably Tom MacDonald, JP Kelly and Martins Adeniya however a former British EPT winner found himself eliminated. Jake Cody found himself all-in after flopping a set of fours on a board of 4x-5x-6x but it wasn’t enough because his opponent was sitting with 3x-7x for a straight to eliminate the young pro. MacDonald and JP Kelly also had trouble of their own when bluffs went wrong and saw them lose a significant amount of chips. Chris Moorman also found himself eliminated after turning a straight, only for his opponent to hit a higher straight on the river.

By the end of the day it was 2010 EPT Berlin side event winner Leonid Bilokur who had the most chips after accumulating a stack of 187,900 chips.

Last season’s PokerStars European Poker Tour San Remo stop saw Team PokerStars Pro Liv Boeree win the event for a staggering €1,250,000 after overcoming a field of 1,239 opponents. Play will resume today at 1:30 CET and as always we will have a full report of the days play.