Kyl to Return to U.S. Senate

Senator Jon Kyl has been summoned back to the front to serve as an interim representative for the State of Arizona in the U.S. Senate. 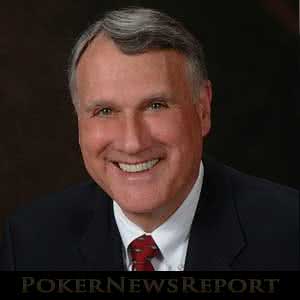 The recent passing away of John McCain has prompted an old & familiar face out on the political arena. Senator Jon Kyl has been summoned back to the front to serve as an interim representative for the State of Arizona in the U.S. Senate.

So, who exactly is Kyl? A former Senator for Arizona, Kyl has been a sworn enemy to the iGaming industry and he was the father of the Unlawful Internet Gambling Enforcement Act of 2006 (UIGEA), a piece of legislation that took some drubbing, but finally managed to pass as part of the Security and Accountability for Every Port Act (SAFE Port).

Following the enactment of the law that effectively saw online poker across the United States wane, Kyl was less involved in gambling matters before his retirement a few years later. His absence from the political landscape has perhaps helped the New Jersey-led offensive on sports betting, too.

So, what does the return of the bad guy of poker mean? Probably not much at this point, as Kyl has said that he will only serve as a temporary replacement until 2020 when a vote can be held to elect a new Arizona Senator.

Looking back at his political history, though, there are reasons for concern. Kyl used to be one of online poker’s worst enemies. He began canvassing for support against the game and its online iteration in the late 1990s. The game, at this point, was truly nothing like its modern-day dimensions. It can be even argued that Kyl even helped raise awareness about online poker.

He teamed up with Rep. Bob Goodlatte to push ahead with the anti-gambling bill, which couldn’t pass through the first time it was suggested. Even back then, though, Kyl didn’t intend to target all forms of gambling. Lotteries, dog and horse races were left intact, though.

Even though no argument was cited, the unofficial statement ran on the lines that these forms of gambling lead to no problematic behavior, although it’s just painfully obvious that Kyl may have not read much of an American classic Hemingway.

However, Kyl knew better. Back in 2006, he decided to push against online operations, at a time when poker had begun developing and introduce the bill as the UIGEA, with Kyl now changing the tune. Instead of calling gambling activities outlawed, he smartly targeted the transfer of funds from illegal internet gambling websites.

Knowing full well that the United States doesn’t endorse the creation of online gaming websites, the offshore operators quickly came under the heavy blows of the legislation. Not only that, but banks were forced to immediately stop transferring funds to and from such places.

Kyl also earned himself bad fame, because he didn’t let the bill hold on its own merits, but snuck it in as part of the aforementioned piece of legislation, namely the SAFE Port Act. What we know to be UIEGA today was never probably debated but was just lumped in with the rest of the legislation.

Illy-defined, the UIGEA did little to immediately change poker. Instead, the bill was so woollily written that it took states until 2010 to actually enact it properly. Even then, it was under a rather liberal President, Barack Obama, where Kyl got his way. Basically, Kyl had put too much by his bill to risk it falling through.

As a result, he threatened the Obama administration that he wouldn’t vote Obama-backed Treasure Department nominees, which would have in turn affected the President’s credibility. Concessions had to be made and Kyl got what he wanted.

The repercussions were also unpleasant. By that time, PokerStars had invested quite a bit to develop its network across the United States. With Kyl coming to upset the established order, the wings of progress were immediately clipped.

PokerStars and a few other operators had to sound a retreat and fold back to the bastions where the game still abides.

Kyl and the Pyrrhic Victory

Brief was the joy of Kyl’s victory, though. The Senator had to deal with the Department of Justice’s Office of Legal Counsel’s endorsement of the Wire Act which made it abundantly clear that the only activity that merits probation was online sports betting.

Acidities such as poker just didn’t make the cut. Kyl realized that his legacy was at risk so he made a U-turn and an attempt to save face, arguing instead that online poker needed not an outright ban, but regulation. He quickly jumped to action and came up with a bill, which would have been great wasn’t it so bizarre.

Kyl argued that playing poker at unlicensed websites was tantamount to a crime – a move that nobody could truly understand. Players that participated in activities on such websites would have been the subject of special measures, including the seizure of all their funds that have come through online poker.

And all of this came under the veneer of “anti-terrorism”. Kyl may not have managed to kill online poker, but his efforts have been rather entertaining.