Kojack’s Poker Club To Hold Live Poker Tournament In US 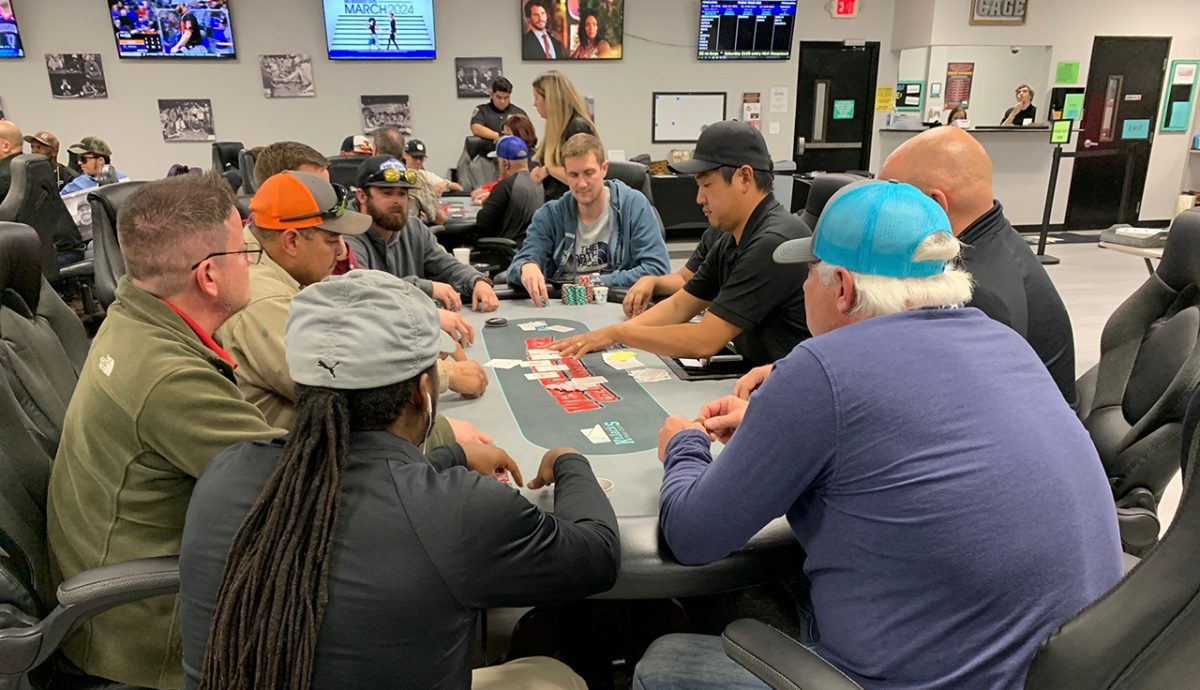 Live poker is slowly returning to life as many cardrooms all over the US opened their doors to visitors once again. However, there wasn’t any news about poker tournaments in live poker rooms, as all of the big ones take place online right now.

Nevertheless, a poker room in Midland, Texas, decided to take a bold step forward and organize a live poker tournament amid the COVID-19 pandemic.

The tournament is called the West Texas Poker Championship Series, and it will take place from June 18 to 28 at Kojack’s Poker Club.

The series’ original schedule was a bit earlier, but the poker room had to postpone it due to the ongoing coronavirus crisis. It will consist of eight events, and the most important one will be the Main Event that will require players to pay the buy-in price of $600.

Kojack’s Poker Club closed its doors to visitors on March 18 but reopened on April 30. The property opened in phases and gradually increased the number of possible visitors and participants in poker games.

Right now, the club is ready to accept nine-handed play, and that’s also one of the reasons why its members decided to start a poker tournament.

The founder of Kojack’s Poker Club, John Dunn, stated that the part of Texas where the club was located had not been hit very hard by the coronavirus. Moreover, he added that local players demanded a poker tournament and that “nothing else was going on around the world.”

Moreover, Dunn added that the tournament did not offer guaranteed prizes to keep the expectations low, as they didn’t know “what the turn out would be.” Finally, Dunn concluded that the state of Texas was “very pro-business,” meaning there weren’t any restrictions and reopening guidelines for gambling venues in the state.

Nevertheless, Dunn and his team made sure that everything is in order, posting CDC signs all over the place. Moreover, they will check everyone’s temperature before letting them inside the poker room.

The room will place hand sanitizers all over the place and even offer masks. Chips and cards will be cleaned frequently to ensure the minimum spread of the virus.

Although Texas has no casinos, it has its share of cardrooms, and many of them were actually opened in the last couple of years. Although they basically operate in the grey area of law, Kojack’s hasn’t experienced any trouble with authorities so far.

Before opening the cardroom, Dunn was a professional bull rider. However, he suffered an injury and found poker to be the next best thing. After doing well in the local poker league, Dunn even went to Vegas to take part in poker tournaments.

He said that he had been an entrepreneur since 2001, and decided to open a cardroom, having overheard about such a possibility in Texas. He said that the area where the poker room was located was full of oil, and there were many oil tycoons with a lot of money and no real form of entertainment.

Therefore, he seized an opportunity and started working on his latest project, which eventually became Kojack’s Poker Club.

The club is technically private and requires participants to become members to take part in poker games. They can choose whether they want to pay a daily, monthly, or annual membership to play cash games and tournaments such as West Texas Poker Championship Series that will be the main live poker event in America in the upcoming days.