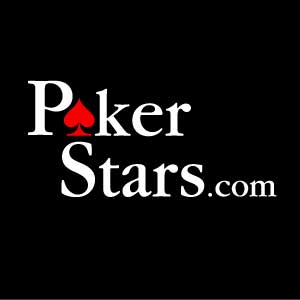 It took a while before the field was whittled down to just the final nine players, but when the final table eventually started, it was timmybwee who doubled up straight away.

One of the short stacked players, Deam0n18, then risked his tournament life and pushed all in but was called by two players, Graftekkel and PompYouUp. The board run out 2h-Qh-5h-Kc-Ks and Deam0on18 mucked his cards, obviously not catching a piece of it, finishing the tournament in 9th place.

Next, fkasbergen got all his chips in the middle with pocket jacks. Unfortunately for him, Graftekkel was dealt aces at the same time which held up, which saw fkasbergen exit in eighth place.

The next player to get eliminated at the final table was KUBIBR, exiting in seventh place. That was followed by PompYouUp in sixth place after making top set on the turn but losing to the nut straight on the river. Then next to go was davianvalek in fifth place.

Just a short while later, timmybwee decided it was time to move all in for around 19 million chips holding pocket sixes, and klorinho1 called with A-Q. The flop of T-7-K made things interesting with klorinho1 now having the straight draw, and the Q on the turn now gave the advantage to the Polish player, with the 2 on the river not changing anything. timmybwee was out in fourth place for $145,402.12.

It seemed like everyone was ready to go home. The next hand, there was another all in pot preflop, this time Cardinal2003 pushed with pocket fives, and was called by klorinho1 again with exactly the same hand, A-Q. An ace on the river ensured that Cardinal2003 exited the tournament  in third place for $164,631.26.

When the final table was reduced to the final 2 to decide the winner of the Sunday Million title for $172K, due to the recent all in pots won, Klorinho1 held a significant chip advantage over his opponent. The starting stacks for the heads-up play were as follows:

Even with the significantly smaller stack, Graftekkel demonstrated he was here to play and was capable of winning a lot of pots until both players were pretty much even in chips.

However, after the break with play commencing again, klorinho1 managed to reinstate his dominance in the game. On the final hand, Graftekkel moved all in with A-9 for around 19 million chips, but was snap called by Klorinho1’s aces. The rockets held up, which saw Klorinho1 take down the Sunday Million title, for a massive score of $172,400.82.