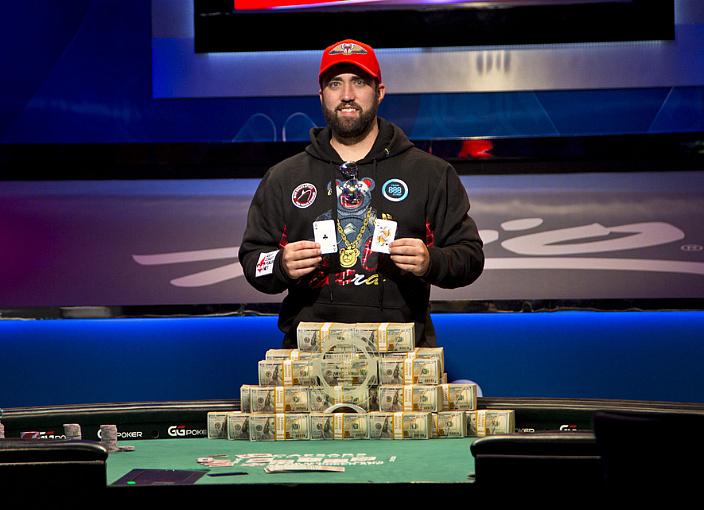 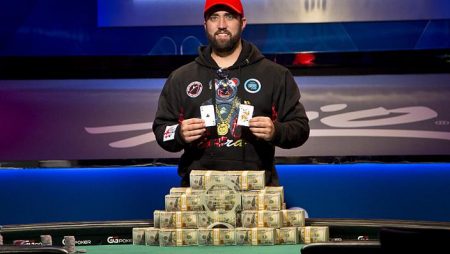 The GGPoker sponsored international leg of the $10,000 WSOP Main Event saw its end on December 15, crowning Damian Salas as Champion. However, the US leg got its nine finalists on the same day, with the battle for a Champion set to hold on December 28. On Monday night, eight of the nine finalists made it to the Rio All-Suite Hotel & Casino for a shot at the $1,553,256 prize money and a chance to win an additional $1 million, coupled with the gold bracelet in the heads-up match against the international Champion. Coming into the final table as chip leader, Joseph Herbert went all the was and emerged victories after four hours of play.

Upeshka De Silva, who was 8th in chip size, tested positive for covid-19 just before the live event. As a result, he was disqualified from the tournament to not risk him infecting others. According to the rules of the tournament, whoever gets disqualified will secure ninth place and go home with $98,813 in winnings. The rule applied to De Silva while the remaining eight finalists made their way to the live event.

Joseph Hebert showed his dominance since the start of the WSOP Main Event series. In a tournament that fielded 705 players, he finished the first two days with the most chips (13,052,534) – over two times what the next player had. His big stack gave him more leverage, and he continued to apply pressure on every other player. With his exceptional performance, he won the event and went home with the $1,553,256 tournament prize money.

Joseph Dedicated His Victory to His Mother

It was an emotional end for the part-time waiter from Louisiana, as he broke down in tears after the final card hit the felt. He explained that he just lost his mother, Linda, to pulmonary embolism earlier in the year, with his last conversation with her, being about the WSOP bracelet. He said, “I texted her, ‘Man, one day I hope I can in a bracelet. It is something I always dreamed of and I just don’t know how many more chances I am going to have to do that.’ She texted me back and said. ‘I keep hoping and praying that what will be, will be. Things will work out.'” It so turns out that that was their last message to each other as she passed away three days later. Joseph came into the WSOP Main Event through the $300 satellite on WSOP.com and has since then, performed exceptionally.

The final table result is:

Damian Salas Denied Entry into the US

The Argentine who won the international leg of the WSOP $10,000 Main Event in December 15, tried to get into the United States on Monday ahead of his heads-up match against the winner of the US leg, but was denied entry.

Just fifteen minutes before he and his family were supposed to leave for the airport, he was notified that he would not be allowed entry into the US. He was scheduled to fly through Dallas, but after he got the call, he switched his ticket so he could go in through Miami. Regardless, the result was not different.

Both places did not recognize the “certificate of exemption” he got from WSOP. Also, his negative test result for covid-19 did not do much to sway the officials in both locations. The reason for his refusal was hinged on the fact that he was in Europe in the last 15 days. Remember that the international leg final table live event was held in the Czech Republic on December 15.

Due to this delay, the heads-up event with the new US Champion formally scheduled to hold on the 30th of December 2020, has been postponed to the 3rd of January 2021. He will fly into the US on the second and have his shot at the gold bracelet and the additional $1 million prize the next day.