Rising online poker star José “Girah” Macedo took a blow to his career this week. The online protégée was disqualified from the Lock Pro Challenge, after an internal audit revealed that he had been multi accounting. 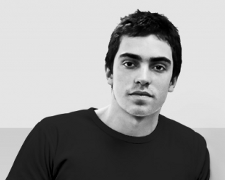 Rising online poker star José “Girah” Macedo took a blow to his career this week. The online protégée was disqualified from the Lock Pro Challenge, after an internal audit revealed that he had been multi accounting. This is in direct breach with Merge Gaming Network rules, and Macedo, who is sponsored by Lock Poker, has been denied his prize and first place winnings. They will instead be going to runner up Michael “bigguylegend22” Drummond.

Macedo defended himself by saying that he had made enough money from a single IP address to legitimately qualify for the prize. He stated that the computer in question was his backer, which automatically logged into his account and played some $25/$50 Pot Limit Omaha while he was asleep. However, Macedo says he fully accepts the decision taken by his sponsors. “I’m deeply sorry for having broken the rules” he said, “though it is no excuse, I want to be fully transparent at this point to let the poker world know what has happened and why…I fully support and respect Lock’s decision to disqualify me and hand over the challenge to the second place winner.”

This is nevertheless a blow to a poker player who showed such high promise and talent. He should be thankful, however, that it did not cost him his sponsorship deal. He has remained on the Lock Poker pro team despite being in violation of the Merge Network rules. CEO and owner of Lock Poker Jennifer Larson put it down to a severe error of judgement. She made it clear that violation of the rules is not tolerated by anyone, whether LockPRO or not. “Jose is young and he has made a big mistake here” she stated, “we wanted to make sure that regardless of being a LockPRO he won this fair and square.”

José famously took $30 (begged off his mother’s credit card) and turned it into over $2 million online at Betfair poker. Given his incredible skill and talent, I am sure it will not be long until he regains lost ground.