News this week is that CardRunners have added a new player to their professional roster, signing up John ‘Nicolak’ Kim to the site to offer poker coaching in stakes as high as $5/$10 tables and his first video has been released… 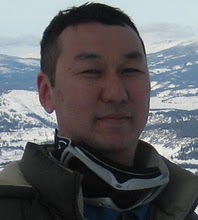 News this week is that CardRunners have added a new player to their professional roster, signing up John ‘Nicolak’ Kim to the site to offer poker coaching and will be creating videos in the mid-high stakes range.

Kim has been in the poker industry for a decade and his time at the tables has finally been rewarded with the offer of a contract to coach poker players just like me and you how to not only hold your own at the stakes in which he covers but also showing you strategies that could well leave you exiting the table with an all time high.

When Kim was approached by the online poker training site, it didn’t take him long to decide that the offer was too good to turn down, assuming his newly found position almost immediately.

During the 10 years in which Kim has been playing poker online, he has managed to notch up a poker bankroll of over $600,000, and with the ability to sit at the higher stake tables and grind out win after win, it is no wonder that CardRunners wanted to get the online poker pro to join up with their coaching staff.

When interviewed about his newly offered position and asked why he thought he was such a successful player, Kim revealed what he thought were his strengths and weaknesses, showing that to be successful in poker, you need to be able to accept what kind of player you truly are.

Kim said “I think I have the humility, awareness and emotional control. Humility to understand that I’m never too good for the game and need to constantly keep getting better with the kids nowadays, awareness of the landscape of poker and how it’s changing all the time, also being aware of everything going on at the tables, and emotional control to allow me to keep playing my A game constantly event during the bad streaks.”

His new role on the CardRunners coaching roster means that he will now offer videos and tutorials in the mid to high stake section of the site, increasing the knowledge base of players who feel they are ready to play at these levels and with his new role comes a lot of excitement on the players behalf, Kim already adding his first video to the site for members to study.

With online career earnings of over $600,000, Kim has repeatedly shown that he can play at the level he teaches, with only $250,000 of his earnings being accredited to an online poker tournament which took place back in 2005 on PartyPoker.