Gold has decided to open a free online poker room for all United States based players, called FreeGoldPoker.com. 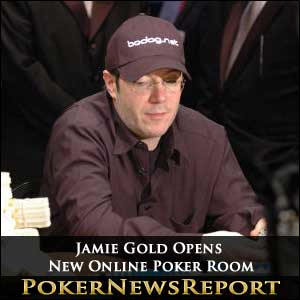 Jamie Gold is one of the biggest names in poker. Back in 2006, Gold entered a total field of 8,773 players at the World Series of Poker Main Event.  He was able to beat out every other player in the field and win the grand prize of $12 million, which was the largest Main Event grand prize ever won.  Gold hasn’t made much noise in the poker world since that point, but that all could be changing.

Gold has decided to open a free online poker room for all United States based players.  After Black Friday occurred back in April, the United States lost almost all online poker rooms, leaving US players with very few places to play the game they love.  This has been reason enough for Gold to go ahead and open his own online poker site, called FreeGoldPoker.com.

This site is going to be 100% free to enter, as it accepts no deposits.  Gold’s site says that players can win cash and prizes daily, and will give away $100,000 in monthly cash and prizes to their players.  They also run many Texas Hold’em, Royal Hold’em, and Video Poker games as well.  Aside from being able to win cash, Free Gold Poker boasts about it’s giveaways of UFC and WWE gear, trips, and tickets to events, as well as home electronics, cameras, and many other big time prizes.  FreeGoldPoker.com also states that it allows players to watch game play through something called “Poker TV” which is another new addition to any online poker site.

It seems that this new online poker site is a combination between a completely free poker site that gives no prizes away, and a poker site that is a subscription based site with a monthly fee; as it gives prizes, but charges no monthly fee to their players.  There is no official launch date, and Gold’s official title with the company is unknown as well, but FreeGoldPoker.com is allowing new players to register right now.

Only time will really tell if players in the United States will jump on this new idea, but it seems like it is a novel idea on a site that could be an excellent option for poker players who just play the game for the enjoyment of it.  This site most likely won’t have enough cash prizes for players to draw many professional poker players, but it will be interesting to watch how it does over the next few months.