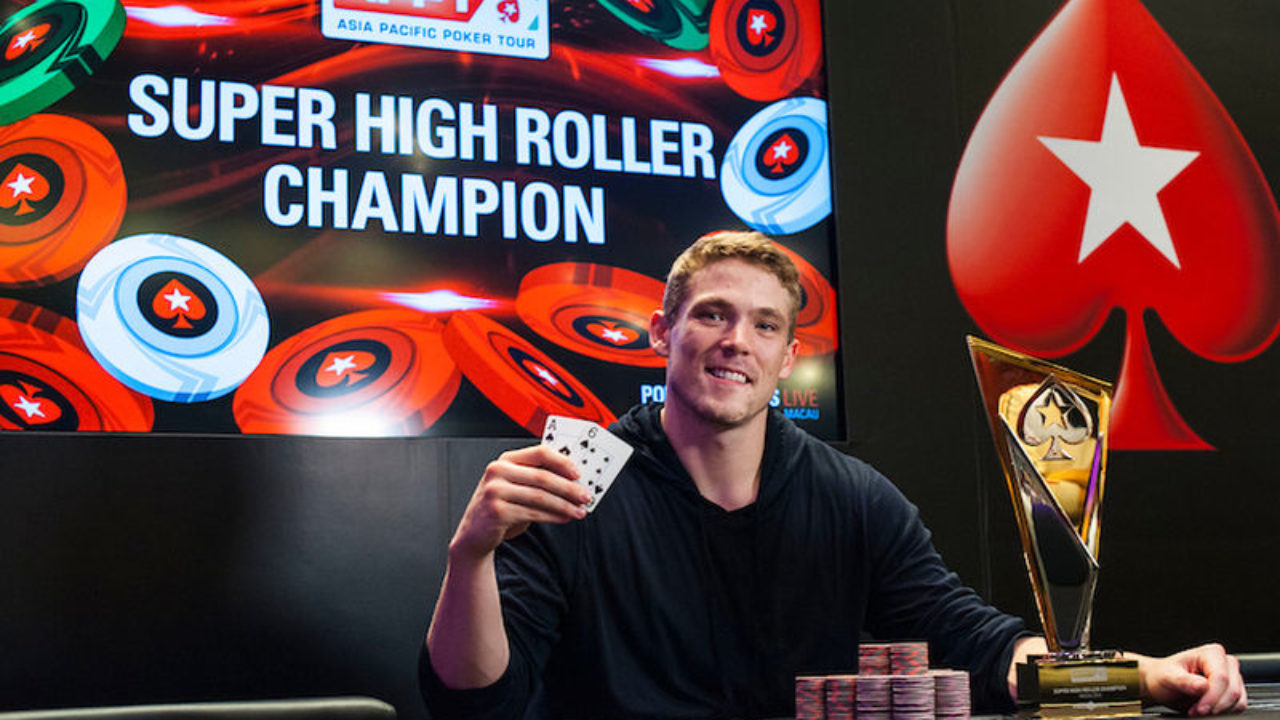 Global Poker Index has made all the necessary calculations in its formula and finally confirmed that Alex Foxen is officially the 2019 GPI Player of the Year. What makes this win special is that Foxen has become the first player in history to win this prestigious award in back-to-back seasons, meaning the last two years were dominated by this talented American poker player.

In other words, Foxen made history and will definitely enter many poker books as the first one to do it. But let’s not jump the boat here — maybe he manages to repeat the same success for the third time? Time will tell.

At the moment of winning the title, Foxen had a total of 3806.09 points and was followed by Sean Winter with 3679.19. Third place belongs to Bryn Kenney, who also had a great year behind him and won a total of 3647.81 points.

Kahle Burns ended fourth with 3641.63 and Stephen Chidwick fifth with 3637.94. As you can see, Foxen had many more points compared to the other four players, who are very close to each other. However, at the start of December 2019, the leaderboard looked nothing like this.

In fact, starting December, it was Burns who had the best score, overtaking Winter along the way. Nevertheless, Winter managed to get back his position, only to see Foxen doing his best and having a great run in December.

All of that resulted in Foxen winning the title, creating back-to-back POY victories.

The GPI doesn’t end its list with the top five players. In fact, the list is quite comprehensive and lengthy. Nevertheless, let’s take a look at places 6-10 on the leaderboard.

Sixth place was occupied by Rainer Kempe, who had a total of 3499.77 points, while Sam Greenwood followed him in seventh place with 3487.10 points. German professional poker player Manig Loeser ended eighth with 3434.91, while Timothy Adams had to settle for ninth place with 3377.88.

However, one of the most interesting things about this leaderboard is the difference between the ninth and 10th positions. Namely, Ali Imsirovic, the poker pro from Bosnia, was 0.30 points away from being ninth, as he had a total of 3377.59. Nevertheless, he made it to the top 10.

It was very exciting to watch Foxen disrupting the leaderboard. Apart from him and three other players, the POY top 20 list was quite different in 2018, meaning only four players managed to remain on the list. Those were Chidwick, 2017 POY winner Adrian Mateos, and Kempe.

The best European player of 2019 was Chidwick, and the best Asian poker pro was Danny Tang.

Finally, the 2019 GPI Player of the Year LatAm was awarded to Farid Jattin from Colombia.