Isildur1 vs Jungleman12 for next PokerStars SuperStar Showdown

PokerStars have announced that the third highly anticipated SuperStar Showdown match will see Viktor ‘Isildur1’ Blom face off against Daniel ‘Jungleman12’ Cates. The pair have been playing against each other… 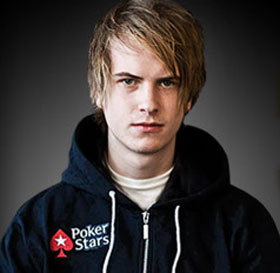 PokerStars have announced that the third highly anticipated SuperStar Showdown match will see Viktor ‘Isildur1’ Blom face off against Daniel ‘Jungleman12’ Cates.There was a hiatus from the promotion while the PokerStars Caribbean Adventure was occuring, but match comes as no suprise because the pair have been locked in heads-up battles on PokerStars for the past few days. On PokerStars Cates plays under the alias ‘wooki3z’ and has managed to get the upper hand off Isildur1, so much in fact that the following chat log took place:

Later on in the session Isildur1 issued an apology to Cates for his chat-box outburst, but it should certainly be interesting to see who comes out on top on Sunday in their SuperStar Showdown match on PokerStars across 2,500 hands.

Daniel ‘Kid Poker’ Negreanu is also in line to take on Isildur1 in the SuperStar Showdown, but he revealed on his blog that it would be a few months away because he needs to get more practice in 4-tabling the cash-tables. It seems there are plenty of challengers for this poker promotion however, with everyone wanting to take a shot at Isildur1 so it should continue for quite some time!