It seems that Full Tilt Poker phantom ‘Isildur1’ could be on the verge of signing a sponsorship deal with a major online poker room if information provided by Sohello ‘Bankman’ Shah is to be believed. Although Shah doesn’t name the… 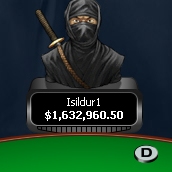 It seems that Full Tilt Poker phantom ‘Isildur1’ could be on the verge of signing a sponsorship deal with a major online poker room if information provided by Sohello ‘Bankman’ Shah is to be believed.

Although Shah doesn’t name the player who is set to sign the sponsorship with the huge online poker room, he claims to know that the potential signing has made a bid impact within the online poker scene over recent years.

On his blog Expressen.se, Shah reveals that he has a strong source that informs him that a 20 year old, Swedish online poker player who was the most talked about player of 2009 is set to sign a contract with a major online poker room.

Shah says that although his source is adamant that the deal will complete in the next few days, he does not feel that he should reveal the name or the alias of the player related to the story until the deal is signed and completed.

“This is not yet official, so unfortunately I cannot reveal his name or nick. But the person is 20 years old and has during the end of 2009 and the whole of 2010 become one of the poker world’s hottest topics. Some say that he is the best heads-up player in the world, and that he will soon take over the throne from Phil Ivey.”

Although he does not name the player who is set to sign the sponsorship deal with online poker room, his choice of image to accompany the story leads us to believe that the player in question is ‘Isildur1’ after a distorted ninja avator was used, the very same as ‘Isildur1’ uses on Full Tilt Poker.

With this story now within the public domain, a number of doubters have made it clear that they think that the post is more a publicity stunt than truth, saying that a regular sponsorship with an online poker room would mean that the phantom player would have to make television and tournament appearances, something that would be against the mystery of ‘Isildur1’ as a player.

The Swedish poker player shoot into the public line of sight after entering into to high stakes scene at Full Tilt Poker and winning considerable amounts of money from some of the world’s biggest poker stars, then suddenly disappearing for weeks before returning to make another assault on the tables.

His latest action at the online tables has been reported as being 2 weeks ago, with the player entering into the action again but this time making his exit from the site almost $300,000 lighter than the time that he signed in.