iPoker has provided more information on the criteria that skins will have to meet to be included in the top division before the network is divided in September. 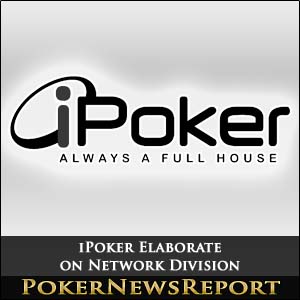 iPoker has provided more information on the criteria that skins will have to meet to be included in the top division before the network is divided in September.

The iPoker Network is set to divide in two from September 1st, with those sites which fail to provide a significant volume of player liquidity being ring-fenced into a second tier. However, whereas many believed this would create two separate networks, details recently released by PlayTech – the software provider and operator of the iPoker Network – would suggest differently.

Monthly audits have already started to determine which sites´ players will be allowed access to Division 1 of the new iPoker network and it is understood that an online poker site has to have a minimum of 6,000 active players and generate at least 850 new accounts each month which each contribute at least $5.00 in rake or tournament entry fees.

Other criteria – such as increasing deposit values over spend (i.e. bring in more losing players who then re-deposit) – are also taken into account in order that Division 1 of the new iPoker Network is full of fish. The theory goes that those sites who provide winning poker players (i.e. players who take from the pool rather than deposit into it) would be excluded from Division 1 and have to play among themselves.

In an acknowledgement that the logic of division is seriously flawed (a winning poker player would simply leave their existing online poker site and sign up with one that has access to the losing players) PlayTech have announced that:-

Inasmuch as this is good news for those smaller sites who do not have the marketing power of William Hill Poker or Paddy Power Poker, it makes one wonder why – with just limited segregation – the idea was conceived at all!