Investors Pony Up $4.9 Million for GPI to Sportify Poker 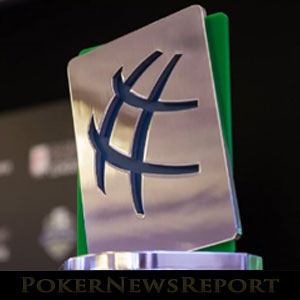 According to a press release from the Global Poker Index´s parent company – Mediarex Sports and Entertainment – the company has just secured a deal to promote the sportification of poker. Investors from Beijing, Hong Kong, London and France have ponied up $4.9 million so that the Global Poker Index (GPI) can promote both live and online poker to a global market estimated to be in excess of 100 million.

Less than a year after the GPI´s CEO – Alex Dreyfus – wrote that “Poker is Mainstream, Legitimate and Bankable”, his opinions have swayed some of shrewdest private investors in the world to back his dream of sportifying poker and provide the funds for the GPI to educate sports marketing agencies about poker’s true potential.

Bringing the Poker World Together…

The funding is also going to be used to create a framework for uniting the world´s fragmented poker market. According to Mr. Dreyfus, the top ten GPI-ranked poker players earned $47 million in 2013, yet received a far lower profile than the top ten golfers on the PGA tour (who earned $52 million) or the top ten ATP tennis players (who earned $48 million).

Using the GPI rankings as the backbone of new sports-formatted events (such as this year´s Global Poker Masters and the soon-to-be-launched Global Poker League), Mr. Dreyfus intends the GPI to evolve into a sports entertainment and media operator which will broadcast live poker events in formats that will appeal to fans of the game and raise the profiles of the players who compete in them.

Writing in the press release, Mr. Dreyfus indicated that he believes the unification of the poker market should begin in China:

China will likely be the epicenter of the next Poker boom and this time the boom looks to be powered by eSports, the video game, media and sports industries. Thanks to our new investors we’ll be able to reach new strategic partnerships in China to help develop the sport of Poker there, creating a domino effect that has globally positive effects.

However, issues still remain about the legality of poker in China. Just six months after the Beijing Millions broke the record for the largest live poker event to be staged outside the United States, the APPT Nanjing Millions was cancelled by Chinese authorities who claimed that the organizers were hosting an illegal gambling event.

Undoubtedly the promotion of poker as a sport will help to resolve these issues, and Mr. Dreyfus has said he intends to take the gambling factor out of the game to eliminate any problems with the Chinese authorities. Just how he intends to do that has not been elaborated on, and we wait to see if the plan to build new strategic partnerships delivers the momentum that the GPI needs to start the proposed domino effect.

GPI to Take Over the World?

It probably already has! In addition to the Global Poker Masters and the Global Poker leagues, the GPI has formed strategic partnerships with the World Series of Poker, the World Poker Tour (recently sold to Chinese social gaming operator OurGame) and the European Poker Tour. The company has hosted the highest profile poker conferences in recent years, has the world´s largest database of live tournament results and provides bi-weekly poker articles in USA Today. The GPI also sponsors the GPL College Cup in the States.

Mr. Dreyfus´ desire to bring poker to the people is already well-advanced, and the addition of $4.9 million in funding will only accelerate the process. If he achieves his aim of sportifying poker in China, there is no doubt that the Global Poker Index will be the world´s leading poker authority; or, as Mr. Dreyfus worded it in his press release – a commercial governing body for the sport of poker.