A tribal delegate from the NIGA told the subcommittee that current proposed legislation on internet poker is not acceptable to tribal interests. 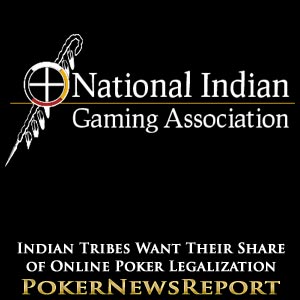 A tribal delegate from the National Indian Gaming Association (NIGA) was invited to offer testimony at Tuesday’s Congressional hearing on internet gambling and told the subcommittee that the way the current proposed legislation on internet poker is worded in its present form is not acceptable to tribal interests.

HR2366, the bill proposed by Rep. Joe Barton (R-TX) to legalize online poker, gives individual states regulatory power and leans toward brick and mortar U.S. casinos getting the first crack at licensing. Companies providing online poker services in say, Nevada, would be allowed to accept wagers from players in other states where internet gaming is also legal. Tribal gaming interests are concerned that the proposed regulation would be in direct violation of the Indian Gaming Regulatory Act (IGRA) of 1988.

The IGRA was enacted to protect gaming as a way to provide revenue to tribes. The law developed the NIGA and provided a regulatory mandate for it. The Act also established three classes of games with different regulations for each class. Certain classed games such as bingo or cards that are played against other players instead of against the “house” allow tribes to retain their own authority and regulate the games themselves.

If online gaming legislation should one day become a reality, tribal interests have requested the following:

Several lawmakers at the hearing asked Stevens why the tribes should be treated differently than other potential operators of [geolink href=”https://www.pokernewsreport.com/online-poker-rooms”]poker websites[/geolink]. Stevens said that the tribes have a great deal of experience in regulating gambling in the U.S. and wish to be acknowledged as sovereign entities governing themselves.

The most worrisome request of tribal interests in any new online poker legislation appears to be the desire to regulate themselves and be free from any taxation. Said Poker Players Alliance Executive Director John Pappas, The idea that they should be exempt from regulation and taxation is a bridge too far for lawmakers. If you’re going to take gaming off your reservation, you’re going to need to be regulated. There’s some room for compromise, though, and we hope we can have a dialogue with them.