In Thursday’s well-attended online poker hearing before the Senate Committee on Indian Affairs, various tribes couldn’t come to agreement on whether or not internet poker would be good for tribal governments. 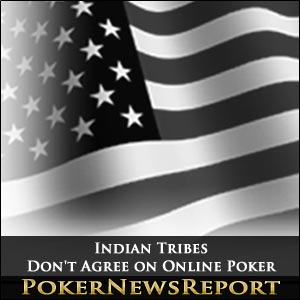 In Thursday’s well-attended online poker hearing before the Senate Committee on Indian Affairs, various tribes couldn’t come to agreement on whether or not internet poker would be good for tribal governments.

The oversight hearing entitled “Future of Internet Gaming: What’s at Stake for Tribes?” saw a difference of opinion among the witnesses who testified on behalf of tribal gaming interests.

Tulalip Tribe Vice Chairman Glen Gobin argued against online gaming, citing the billions of dollars already raked in by Indian tribes. “The Tulalip Tribe sees legalization of internet gambling as a direct threat to the development of Indian country,” Gobin said. “Today, Indian gaming accounts for $25.6 billion annually to the nation’s economy… The positive changes seen in Indian country as a result of Indian gaming cannot be understated.”

Gobin continued expressing his dislike of online gaming’s expansion, seemingly contented with the status quo. “The legalization of internet gambling comes at a risk to tribal economies,” he added. “The proponents that seek to legalize internet gambling say it will create $41 billion over the next ten years. However, let’s not forget that Indian gaming will provide $256 billion in the same period.”

Poker Players Alliance (PPA) Chairman Alfonse D’Amato, also a witness at the Senate pow-wow, addressed the concerns of Gobin. “This will not have the kind of devastating impact that Gobin is legitimately concerned with,” D’Amato insisted. “Right now, only 1% of all of the revenues at Indian casinos come from the poker tables. We have empirical evidence that since we had a TV craze for Texas Hold’em and since the internet has been used by offshore companies, the revenues in the card rooms have gone up. It has encouraged participation; it is not a revenue loser.”

Mohegan Tribe Chairman Bruce Bozsum agreed with D’Amato and strongly disagreed with Gobin, his tribal colleague. Bozsum felt that Indian tribes would be able to reach a whole new customer base through online wagering. “There are no boundaries,” Bozsum said. “It’s an opportunity tribes should not miss. If commercial businesses do it, we’ll never be able to catch up to the pack.”

A familiar topic in the hearing was whether or not Indian tribes would be allowed to regulate tribal internet gambling sites, as they already do with certain classes of casino games. “We’ve proven what we can do with our brick-and-mortar casinos,” Bozsum added. “We’ve done great so far at that. We take the integrity of our operation very seriously. We feel that tribes do have the technology, do have the experience to regulate themselves.” Bozsum’s tribal gaming casino is the Mohegan Sun in Uncasville, Connecticut.

Bozsum also spelled out to lawmakers the desires of tribal interests in any new online gaming legislation. “Expressly authorize Indian tribes to accept wagers from players not located on tribal lands,” he said. “Protect existing tribal gaming compacts. Any legislation should honor the principle that governments don’t tax governments. Strictly enforce against unlicensed and unregulated sites. Introduce poker-only in phase one. It’s Mohegan’s belief that a poker-only market will allow the market to establish a regulatory scheme.”

When the topic of discussion turned to Indian tribes perhaps being involved in the drafting of gambling regulations and statutes, Coleman Indian Law principal Penny Coleman felt that with tribes already dominating land-based gaming concerns, there is no way that excluding tribal interests should even be considered. “A fair and open discussion with tribal leaders is something that is absolutely necessary,” Coleman said. “If you have governments with 43% of the gaming revenue, their voice must count.”

Coleman also pointed out that some tribes are not quite ready with software and other technical issues required in running an online operation due to the newness of the proposed legislation, as well as not wanting to research and develop something that may never come to fruition. “If there aren’t some major changes, there are many tribes that will be run over,” she said. “There are Indian nations like Mohegan that are ready to go, but others only know it’s a possibility and they need to spend their time and their money supporting their government programs and not chasing something that may [or may not] happen.”

D’Amato, who previously served three terms in the Senate representing a New York constituency and was well-received by his Senate colleagues, suggested to Coleman that the tribes should work together and establish a powerful internet poker brand.

D’Amato was asked how the PPA viewed tribal gaming interests in online poker. The PPA Chairman said, “Tribes have to be given a seat at the same time as anybody else. They should not surrender any of their sovereign rights. As it relates to taxation, it’s a thorny issue, but one that can be solved. The legislation we’re supporting is not gambling. It comes down to one thing – poker only.”

Senate Committee on Indian Affairs Chairman Daniel Akaka wrapped up the two-hour hearing by saying, “This is a very complex issue. I feel we have just scratched the surface of the issue today. I know there are many tribes and affected stakeholders, and we need to hear from them too. That is why I intend to convene additional hearings on this issue.”

No date for a follow-up hearing has yet been announced by the Senate Committee. On Friday, the House Subcommittee on Commerce, Manufacturing and Trade will hold a hearing on online gambling entitled “Internet Gaming: Regulating in an Online World.” The same subcommittee conducted an online gaming hearing last month that discussed consumer protection.

The House hearing on Friday is expected to discuss four main issues:

We will provide news regarding the results of the House subcommittee hearings, as well.