Raid on poker tournament illustrates just how confusing the Indian poker landscape is, and just how far away national legalization might be. 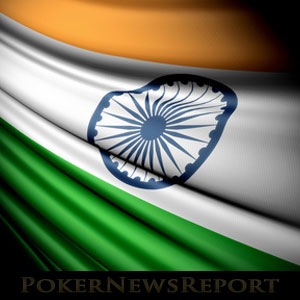 Raid on poker tournament illustrates just how confusing the Indian poker landscape is, and just how far away national legalization might be.

It seems as though the global police crackdown on poker is only growing worse with each passing year. The United States is the traditional place to see government intervention preventing poker from being played, but that paradigm is shifting after a recent incident that took place in India. Stars Poker Room, which is located in a neighborhood on the east side of Bangalore, was raided by police in the midst of the room’s first ever poker series.

After the poker tournament had been played down to the final 60 or so players, the doors were busted in and police were seen taking players away and simply forcing others to leave. Because of the incident the remainder of the tournament was cancelled. On its surface, this looks like nothing more than an unreasonable government who is still gung-ho against the idea of poker being a legal game. The reality, however, is that the local Indian government of the region recently ruled that poker is indeed a game of skill and also one that is legal to be played.

A few days after the police raid, the poker series’ organizers took to Facebook to explain that the series would not continue as planned. Making things even more confusing is the fact that the Facebook post went on to say that sit n’ go and cash games will still be played at the poker room going forward. This is confusing because if the police raided the poker series, what is stopping them from raiding cash games that are happening on a daily basis? The local government and police force has provided no concrete information, and people are left to wonder just how legal playing poker is in East Bangalore.

Rajeev Raut is a big name in this story, because he is one of the main managers of the Stars Poker Room. His ties to the poker industry stretch back decades, but he is more recently known for trying to create a thriving poker scene in Bangalore. Partnering with the Indian Poker Association, Raut was given the responsibility of managing the first poker room in the area. When all of this was set in stone, Raut stated to Gunshot Magazine that he thinks this is the start of a poker revolution of sorts in the region. In a statement, he laid out his plans for the city by saying,

Bangalore is quite spread out and so if we can do one poker room per geographical zone, that would be the ideal scenario. I would be quite happy if we go on to partner with IPA in more rooms as we share the same vision.

Though Raut has big plans for the poker scene, we cannot help but wonder if his past run-ins with the law prompted the recent raid. Not too long ago, Raut was helping host a similar poker event when it was raided by police due to suspicion that games other than poker were being played. Though no one has drawn a clear connection between the two other than Raut himself, it is something that is interesting to ponder.

As we move forward, it will be even more interesting to see how the poker landscape in India changes. Right now, online poker is quite popular in the country, but brick and mortar places to play are not so common. In recent years there has been a push in India to make poker something that exists outside of the online realm—especially in larger cities with a large tourist presence. Events like this recent raid, however, do well to show that there is still a large conservative presence in the country that does not want to see a game that is viewed as gambling to become accessible to anyone and everyone. Right now, games like poker are heavily restricted throughout much of the country, and even though that is slowly but surely changing, we are seeing that the Indian establishment does not want this process to move along too quickly.

Online poker in India got a bit of a head start on legal brick and mortar gambling, but even this industry is heavily restricted when you compare it to places like Europe. With that said, an increasing number of licenses are dealt each year and optimists feel as though we are only a little while away from seeing poker legalized in all its forms; especially if local governments continue to make judgements similar to the one made in Bangalore.