A gambling expansion bill that includes Internet gaming sailed through an Illinois Senate committee and is expected to undergo a full Senate vote. 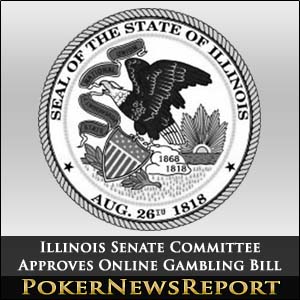 A gambling expansion bill that includes Internet gaming sailed through an Illinois Senate committee and is expected to undergo a full Senate vote.

Senate Bill 1739 calls for the expansion of brick and mortar gambling locations from 10 to 23 and the addition of slot machines at the state’s racetracks and airports. The bill’s sponsor, Sen. Terry Link (D-Waukegan), estimates that revenue from online gambling could reach $150 million per year, while the land-based projections could add anywhere from $400 million to $1 billion to state coffers.

Gov. Pat Quinn has repeatedly rejected past attempts by Illinois lawmakers to bring online gambling to the Land of Lincoln. But in a state budget address just prior to the Senate committee’s favorable 10-4 vote, Quinn pointed out that he would be open to a gambling expansion package that assists the state’s education and pension programs and is also heavily regulated to avoid corruption.

The current proposal includes a bad actor provision that is likely the strictest of any state considering or having already enacted online gambling legislation. Internet licenses would be prohibited for any company that accepted wagers from U.S. players during a 10-year period prior to submitting an application. That would preclude virtually all the major online poker sites and networks from participating in Illinois’ scheme.

New Jersey removed the bad actor clause from its legislation prior to Gov. Chris Christie signing the bill into law on Feb. 26. Nevada’s bad actor provision prevents online gaming companies who offered their services in the U.S. market after Dec. 31, 2006 from acquiring a license for five years.

Illinois is partly responsible for the proliferation of states considering the passage of online gambling legislation. Along with New York, Illinois requested the U.S. Department of Justice to issue a clarification on the 1961 Wire Act. The DoJ ruled in December of 2011 that the act applied only to sports betting, which opened the door for states to propose online gambling laws. Illinois has since become the first state to sell lottery tickets online. SB 1739 calls for the Illinois Lottery to oversee the state’s online gambling scheme through a newly-created Division of Internet Gambling.

Online gaming licenses in Illinois would be restricted to companies that already hold a gambling license, such as the state’s casinos and racetracks. Initial licenses would be valid for five years and require a $20 million deposit against taxes owed on top of a $250,000 application fee. Interstate and international compacts would be permitted.

With a population of roughly 12.8 million, Illinois is the fifth most populous state and would be a key component of any interstate online poker regime with other states that have already enacted legislation such as Nevada, New Jersey and Delaware.