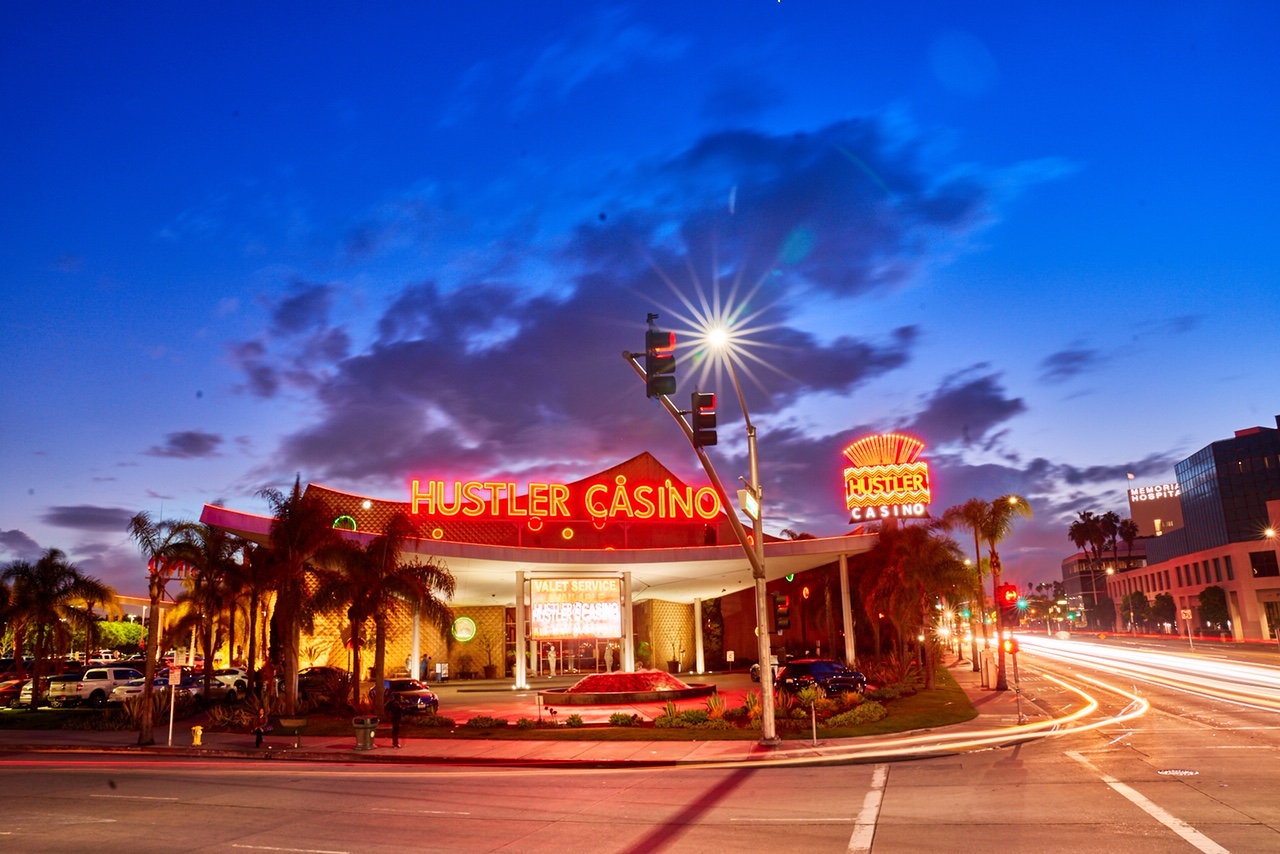 The Hustler Casino, in Gardena, opened Friday, Aug. 19, for the first time in more than three months. The card room and night club closed March 14 due to fears over the coronavirus pandemic, two weeks before Los Angeles County issued its Safer at Home order shuttering all non-essential businesses. (Photo by Michael Spain Smith, courtesy of Hustler Casino.)

Hustler Casino Live has revealed its plans for bringing the concept of cash poker games to life in 2021. This new way of streaming cash poker games to a wider audience will allow individuals to explore the intricacies that can go on with those cash games but without the need to leave their own homes.

According to reports, this new approach will involve Ryan Feldman and Nick Vertucci moving to the Hustler Casino based in Gardena, CA. Then, the concept is to have various levels of No Limit Hold’Em cash games to allow viewers to see what goes on as the stakes become higher.

Games will begin at a $5/$5 to a maximum of $100/$200 covering most of the bases that individuals would be playing at with their cash games.

One of the key aims for this new show is to be able to let people see the different nuances that tend to occur when playing for various sums of money. Also, it’s hoped that there will be some kind of audience when it airs in 2021. However, that’s going to be largely dependent on what’s happening with the pandemic, so a late decision is going to have to be made on that call.

This isn’t the first time that they have tried to show the reality of cash poker games in the media. Usually, poker that we see online or on cable TV involves people playing with a set number of chips after buying into the tournament. This Hustler Casino Live is a whole lot rawer in its approach. People are going to be pretty much playing with their own money. Any losses will be reflected in their actual day to day life. However, any winning margin is going to be highly beneficial to them.

What this is going to show is that people playing cash poker with their own money need to consider different things when deciding on when to go all-in or when to hold back for another rainy day. Also, there will be no limits when it comes to the size of the pot. This can roll on and on as long as people have the cash, so they are sticking to being as close to those cash games played all over the country daily.

With the likes of Feldman and Vertucci involved, it does at least mean the show will be run by people that know what they are doing. Feldman has popped up on this show simply because of how the pandemic has forced the closure of so many poker tournaments and casinos around the country. It is hoped that his intricate knowledge and expertise of both cash poker games and producing shows will help this to get off the ground.

Hustler Casino Live sounds cool, but we need to wait a bit longer to see if it can be as good as it promises. However, as Feldman was behind the popular ‘Live at the Bike’ which once hosted a pot at over $400k, then there shouldn’t be too much of an issue.