Following the launch of the new French/Spanish online poker market, it has become apparent PokerStars is allowing players from outside of France and Spain to play on the new network. We explain how it is possible to create an account on the PokerStars.es platform in order to take advantage of this opportunity. 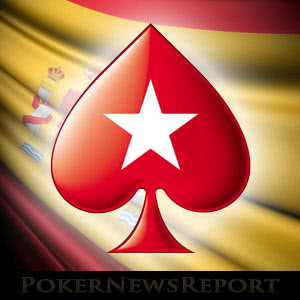 Following the launch of the new French/Spanish online poker market, it has become apparent PokerStars is allowing players from outside of France and Spain to play on the new network. We explain how it is possible to create an account on the PokerStars.es platform in order to take advantage of this opportunity.

Last Wednesday, [geolink href=”https://www.pokernewsreport.com/pokerstars”]PokerStars[/geolink] became the [geolink href=”https://www.pokernewsreport.com/pokerstars-announces-e5-million-guaranteed-fresh-series-22111″]first operator to launch a shared liquidity platform[/geolink] between the previously ring-fenced player pools in France and Spain. The initial response was fantastic with a huge increase in action at the cash game tables and tournaments smashing their prize pool guarantees. The site also announced a €5 million FRESH tournament series that starts this coming Sunday.

However, it soon became apparent it was not only French and Spanish players enjoying the increase in cash action and bumper tournament prize pools. Players from Germany and Russia were seen at the tables over the opening weekend, and soon players from other countries started arriving – keen to take advantage of the weaker player pools and a second PokerStars first deposit bonus.

Non-Resident Players Can Play in the Shared Liquidity Pool

An explanation as to why non-French and non-Spanish poker players were allowed on the new platform was provided by Benjamin – the PokerStars.fr poker room manager – on the French “Club Poker” forum. Benjamin revealed that non-resident players (with certain exceptions) can play in the shared liquidity pool if they create an account on the PokerStars.es platform.

The exceptions apply to players who live in a jurisdiction subject to national regulation. This means that players from the ring-fenced countries of Italy and Portugal cannot create an account on the shared liquidity platform, nor can players from Belgium, Bulgaria, Denmark, Estonia, Greece, Romania or the UK – even though they can play on the .com or .eu platform.

Differences between the .com/.eu Platforms and the .es Platform

Prior to creating an account on the pokerstars.es platform, eligible players should note there are significant differences between the .com/.eu platforms and the .es platform. Although the gaming software is practically identical, there are different customization options and different procedures for verifying an account (the account has to be verified before you are allowed to play).

Furthermore, because PokerStars is subject to extortionate rates of tax on their Gross Gaming Revenues in France and Spain, the rake is considerably higher and the value of rewards is much lower. The licensing regulations of the two countries also affect what games can be played on the platforms and what rules they are subject to. Therefore, non-resident players will find:

How to Create an Account on the PokerStars.es Platform

PokerStars is not actively marketing the joint platform to non-residents of France and Spain but – despite the higher rake/lower rewards disadvantages – the opportunity to play in a weaker player pool is too appealing for some players to ignore. However, some players are unable to access the pokerstars.es website and download the software due to redirection issues.

Consequently, the way to create an account on the PokerStars.es platform is to type (or copy and paste) www.pokerstars.es/PokerStarsInstallES.exe into your web browser (we removed the link on purpose because some people will click on links with .exe extensions and wonder why their computers are infected with malware). This will launch the software installer. 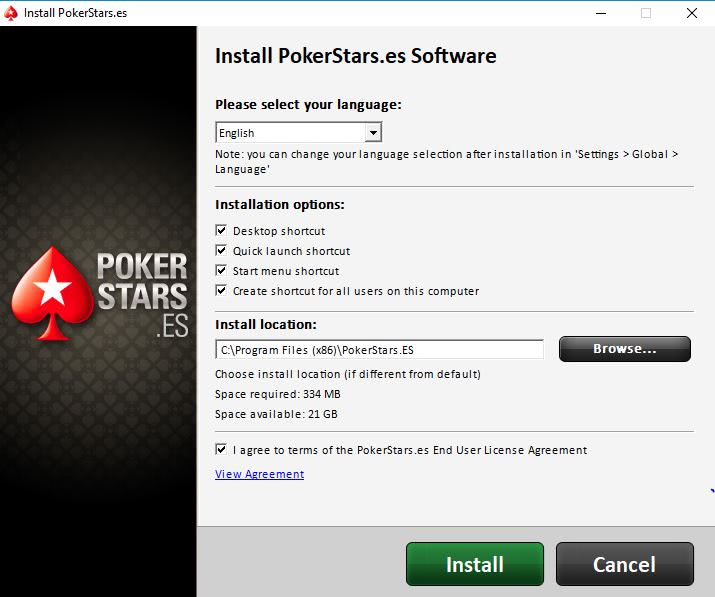 Once the download is finished, the platform will launch on your desktop and you will be invited to log-in or create a new account. As you cannot use an existing account to play on the shared liquidity platform, it is necessary to create a new one. Include PokerStars Marketing Code [bonuscode room=”pokerstars”][/bonuscode] on the second page of the registration form as indicated below: 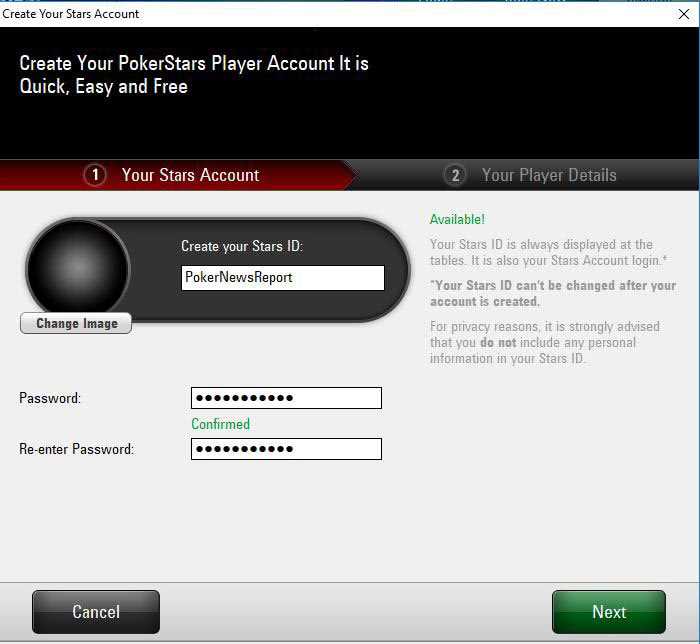 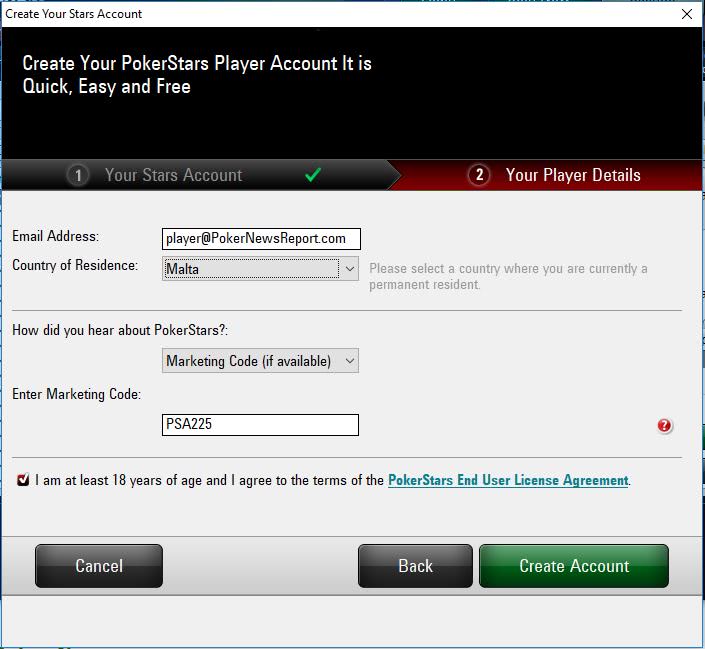 Once your account has been created, you will need to supply PokerStars.es with proof of your ID and address. In our experience, this procedure only takes a few hours to complete but, due to the volume of players currently registering an account on the Spanish platform, there may be a few temporary delays. Funding your account is straightforward, although the deposit options and limits may not be the same as all players are familiar with on the .com and .eu platforms: 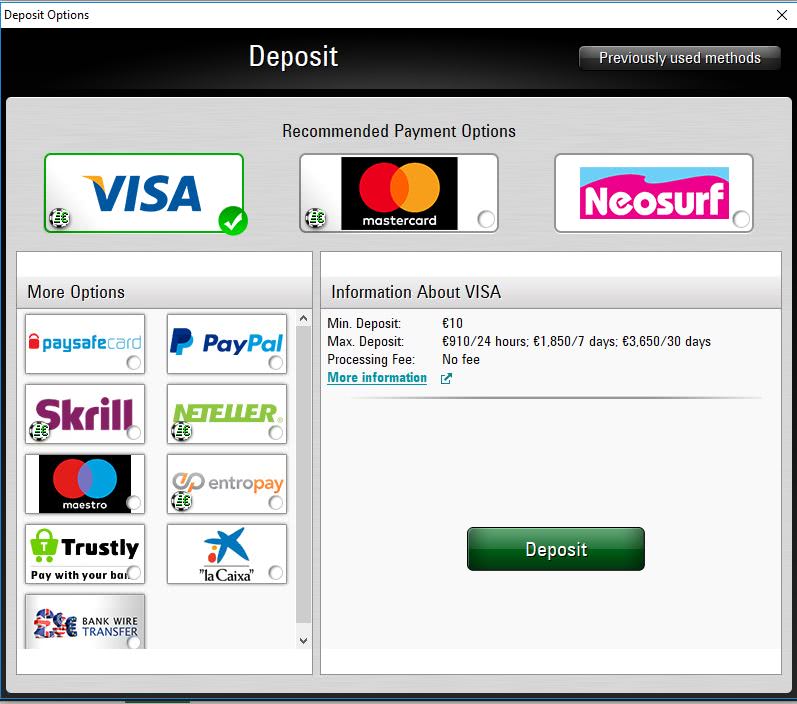 Join PokerStars.es Today and Play in the FRESH Tournament Series

As mentioned above, the shared platform is hosting a FRench ESpaña Hold´em (FRESH) tournament series from this coming Sunday (January 28th) with €5 million in guaranteed prize money. The series is the most valuable players in France and Spain have been able to compete in over the past six years (in the regulated market at least), so is sure to be popular.

The highlight of the series is the €1 million guaranteed Main Event on February 11th and – just prior to the Main Event – there will be a special depositors´ freeroll with sixty seats into the €1 million guaranteed tournament as prizes. There are also hourly freeroll tournaments giving away seats into the lower buy-in events, plus every player who enters a FRESH tournament will also be entered into an All-In Shootout on Tuesday February 13th with the first prize of a [geolink href=”https://www.pokernewsreport.com/pokerstars-announces-2019-players-nl-holdem-championship-22045″]PSPC Platinum Pass[/geolink].

Therefore, if you are eligible to play on the new shared platform and would like to win your share of €5 million plus have the opportunity to win a PSPC Platinum Pass, we recommend joining PokerStars.es today due to potential delays in having your account verified. This will ensure your account is ready for action when the FRESH tournament series starts on Sunday and give you the opportunity to experience the standard of play before playing in the events that matter. Bueno Suerte!