Ema Zajmovic became the first female winner of an open World Poker Tour event when she took down the WPT Playground Main Event yesterday for $200,769. 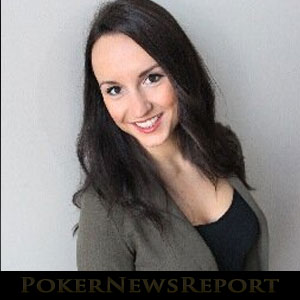 Ema Zajmovic became the first female winner of an open World Poker Tour event when she took down the WPT Playground Main Event yesterday for $200,769.

When Kathy Liebert reached final table of the second ever World Poker Tour Main Event in 2002, it looked like this was not going to be another live poker series dominated by male players. However, over the next fifteen years no female player managed to take down an open WPT Main Event title.

There were some close calls. Liebert, JJ Liu and Vanessa Selbst are among six female players to have finished as runners-up in open WPT Main Event and, prior to this week´s WPT Playground Main Event, more than thirty female players had reached the 6-handed Final Table of a WPT Main Event.

It was inevitable that the sequence would end eventually and yesterday, after more than 240 WPT Main Events without a female winner, Ema Zajmovic won the WPT Playground Main Event for $200,769. Here is a quick résumé of how she did it.

Lady Luck Shines on the Lady

The WPT Playground Main Event was not the biggest in World Poker Tour history. With 380 entries and re-entries, the $2,675 (CAD $3,500) buy-in event failed to generate a million dollar prize pool and only forty-eight players cashed in the event.

Ema Zajmovic was one of several dozen players who had qualified for the event on PartyPoker.com, and she safely negotiated Day 1B to finish in the pack with a chip stack of 66,500. By the end of Day 2, her chip stack had grown to 257,000, but she was in twentieth place among twenty-eight survivors.

On Day 3 of the WPT Playground Main Event, Zajmovic enjoyed a fair amount of good fortune to finish the day as chip leader – doubling up with A♥ Q♥ > A♠ K♣ against Hendrik Latz, hitting a two-outer to eliminate Allan Puzantian (Q♦ Q♣ > 6♦ 6♥ after Puzantian had flopped a set), and twice finding two pairs on the board against Pascal Lefrancois with inferior pocket cards.

Zajmovic Cracks Aces to Stay in the Game

The Final Day of the WPT Playground saw the chip lead change multiple times. Zajmovic lost her chip lead to Tam Ho early on when bet out of a 1.3 million chip pot, and – soon after the Final Table went six-handed – Eric Afriat took control after twice winning five hands in a row.

Zajmovic regained the advantage when her 10♦ 10♣ flopped a set to crack Afriat´s pocket Aces, but as the game went four-handed both Afriat and Jean-Francois Bouchard took turns in sharing the lead – Zajmovic, at one, point being reduced to the shortest stacked player.

Zajmovic recovered in a hand that saw her 10♦ 5♥ beat Afriat´s J♠ 9♠ but, after Bouchard had eliminated Afriat in third place, she was still at a 4.525 million chips vs. 6.85 million chips disadvantage going into the heads-up against Jean-Francois Bouchard.

The early action in the finale to the WPT Playground Montreal saw little movement in the chip counts. Thirty hands into the heads-up, Ema Zajmovic moved ahead when her Q♠ 10♣ made two pairs on the river and she pushed her advantage home with a series of big raises and shoves.

Even Zajmovic´s winning hand had a measure of good fortune. Jean-Francois Bouchard moved all-in pre-flop with A♠ 9♠ and Zajmovic made the call with K♠ Q♠. The first card out on the flop was the K♣, and Zajmovic´s pair held to make her the first female winner of an open WPT Main Event.

Zajmovic collected $200,679 (CAS $261,000) for her victory – placing her in fourth place in the WPT Player of the Year competition after a final table appearance in the WPT Montreal Main Event last November. Zajmovic – predominantly a cash game player – also has cashes in various EPT side events and last year cashed in the WSOP Main Event.