Home » Poker News » High Stakes Poker — A Show That Made People Fall in Love With the Game
Poker News
by Poker Kid
February 19, 2020 0 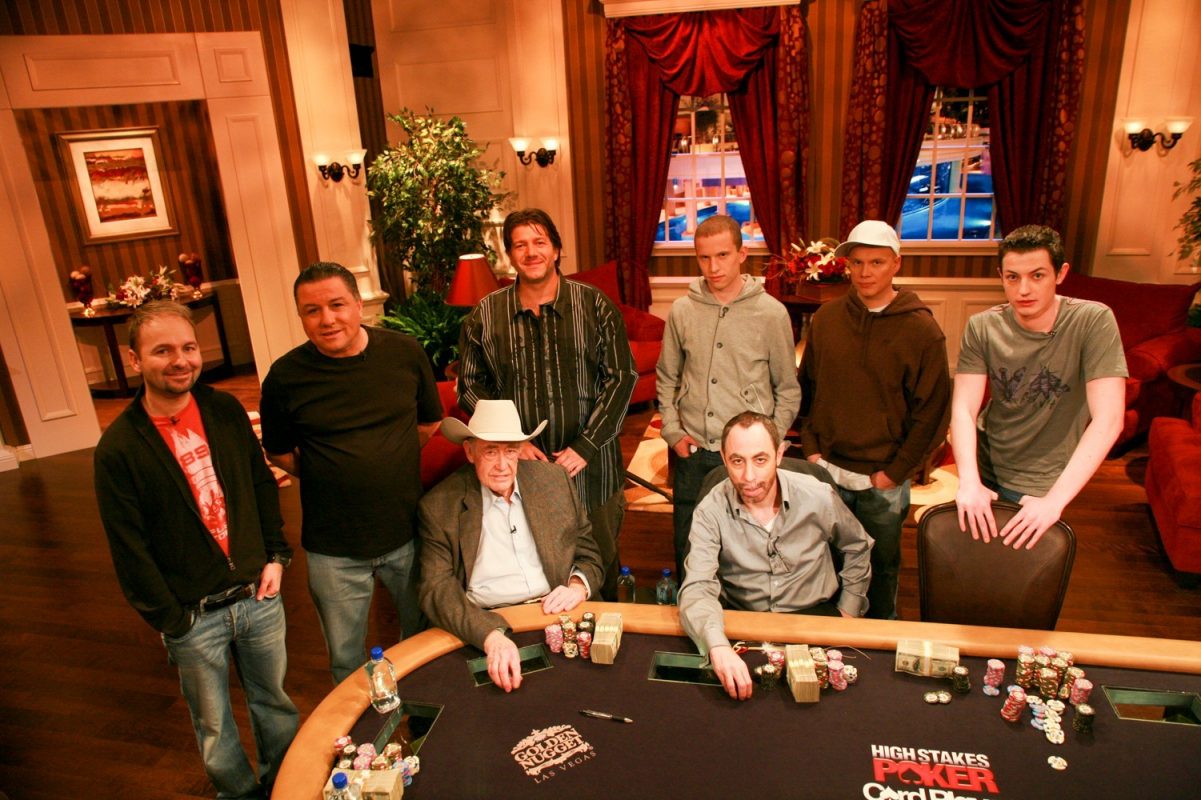 If someone who has never played a single hand of poker asks you what they should watch first to become interested in the game, what should you answer? Players from Europe would probably say that the best poker show they had was Late Night Poker. However, poker lovers from the US would have a totally different answer — High Stakes Poker.

If we were to choose which one is better between the two, we would go for High Stakes Poker, as it has already inspired thousands of players to pick up card decks and chips and start their poker journey. Some of them are still enjoying the journey and earn a lot of money in the process.

High Stakes Poker has been the favorite poker show to thousands of poker players and enthusiasts.

For example, Daniel Negreanu, the superstar poker player from Canada, was one of the guests, as well as the eccentric legend that is Phil Hellmuth.

With so many different personalities getting together to play poker, High Stakes Poker was bound to be successful. However, it’s not only poker players who made HSP so popular. The two guys commenting the entire thing — A.J. Benza and Gabe Kaplan — made the show even more exciting.

They were always eager to share their excitement and comment on poker action with so much passion, playing a very important role in the entire experience offered by the show.

Why Was High Stakes Poker So Successful?

One of the reasons why High Stakes Poker reached international success was that a lot was at stake in every show. Players who were part of it had to sit down with a minimum of $100,000. In some cases, minimum buy-ins went up to a million.

By simply watching players losing or winning so much money in decisive hands, people were pumped with adrenaline, especially with the commentary by Benza and Kaplan.

Another thing that made it popular is the lessons one could learn while watching the show. For example, the Godfather of Poker, Doyle Brunson, dominated the game, teaching newcomers such as Tom Dwan how to play when there’s a lot at stake. Eventually, players were eager to share some of their moves that turned out to be rather valuable.

Players that we all know and love today looked different back then. For example, Daniel Negreanu was a lot younger. In fact, he was so young that he was nicknamed Kid Poker — a nickname that stuck with him over the years. He had long blond hair, which is a lot different compared to what he looks like nowadays.

Even Doyle’s iconic image with the hat seems to have been one of the things people remember the most about the show nowadays. Other players who were in the show include legends such as Gus Hansen, Phil Ivey, Mike Matusow, and others.

The reason why we’re talking about High Stakes Poker right now is not arbitrary. Namely, Poker Central announced recently that the show will actually return.

Therefore, poker lovers will once again be able to watch some of the best poker players in the world playing poker games for high stakes. If you haven’t watched the old episodes, make sure to binge-watch them as soon as you can to prepare for the new season.